July update: A rescue that was a ‘trifle’ exciting! 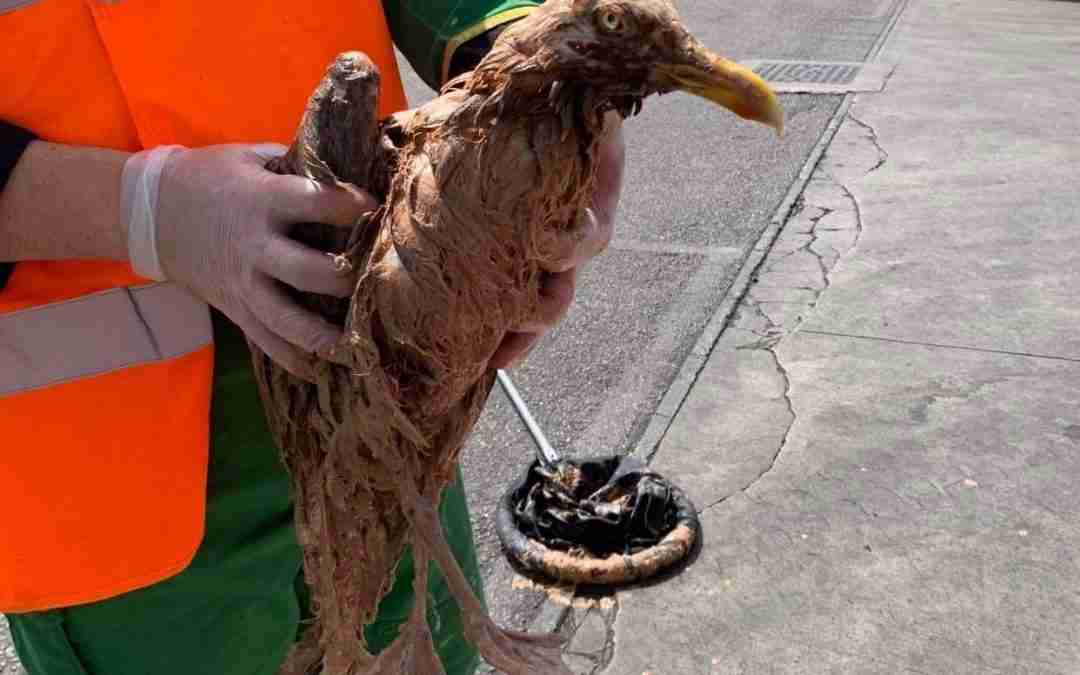 A call to Secret World Wildlife Rescue at East Huntspill over the weekend was received from a local firm that makes desserts. A greedy herring gull was attracted to a container of waste jam and custard and managed to dive in before the lid was closed. A member of our staff went out to rescue the bird which by now was a hue of red and yellow and rather smelly. Managing to catch the bird with a net and placed in a box so as not to contaminate the ambulance, the bird was soon on its way to us for a shampoo and blow dry!

Quite pleased to not be such a sticky mess, the herring gull will stay at the centre for a few days to preen and build up the natural oils to protect his feathers. He is now a much happier Gull.

We remain vigilant because of Avian Flu which is still with us and causing the death of many cliff nesting birds such as gannets, puffins and gulls. It is the first time it has continued through to the summer. We have to assess all birds outside before bringing them in to the isolation area. We try to ensure that they remain isolated for 4 days before bringing them into the general bird room. This is a really serious situation as if we had a case brought in, all birds on our site would have to be euthanised including our parrot, emu and peacocks.

We have one peahen walking around with three peachicks and it’s lovely to see them grow. Not everyone likes peacocks as we had six peachicks dumped outside our front door in a box, so if you have land and fancy having these majestic birds walking around – let us know!

August bank holiday will be our last open day for the season. It will be August 27th, 28th and 29th. We are open from 10 – 4 on each day with our dog show being moved to the Sunday as we were clashing with a local one. Admission is £5 for adults and £2 for children. All funds raised go to the care of our wildlife casualties. We hope to see you. For all enquiries tel: 01278 783250