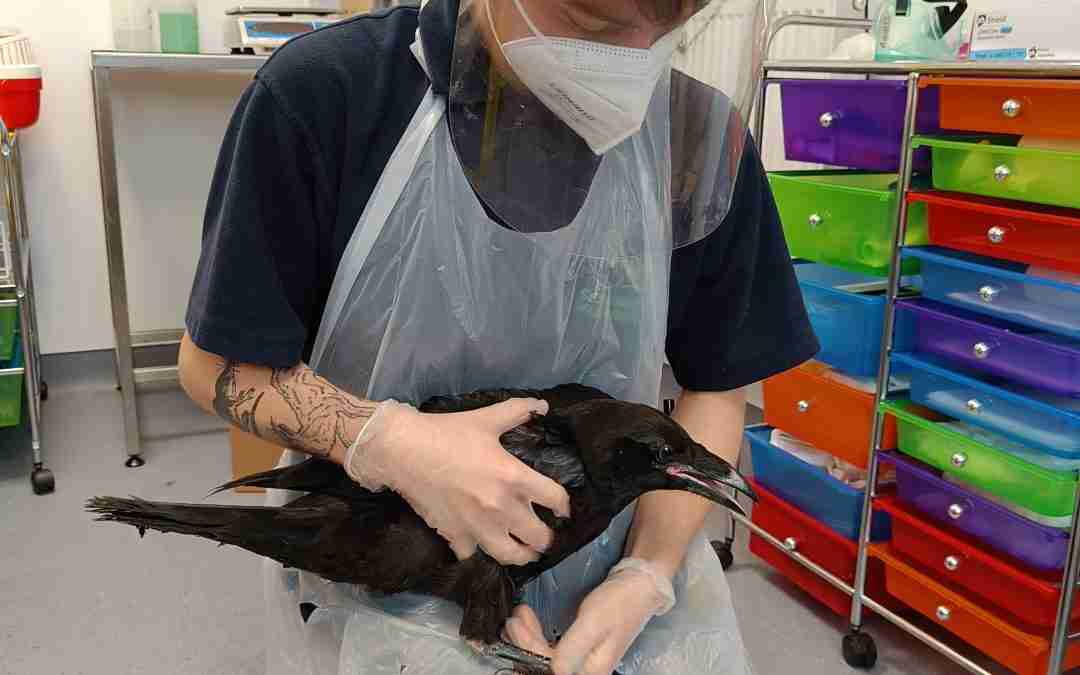 We rarely get Ravens at Secret World but this year we have four juveniles. They are members of the corvid family but are much larger than their cousins. Ravens are incredibly intelligent and are on par with chimpanzees and dolphins. Capable of solving problems to acquire food, they also imprint easily and mimic sounds. This is why, when the first one arrived, we got in touch with another wildlife centre to see if we could get another one for company. However, a further two have arrived from other areas so they are all together in an aviary at the moment. A group of ravens is called an unkindness probably as there are many superstitions about them. They are found mainly in the west and north of the British Isles.

Who shut the door!?

It is ironic that we have the ravens just as the Jubilee celebrations are going on as the most famous ravens are found at the Tower of London. They have been kept there since the Reign of King Charles 2nd who was told that that “if the Tower of London ravens are lost or fly away, the Crown will fall and Britain with it.” There is a Ravenmaster who is responsible for the care of the ravens. This person is a Yeoman Warder or ‘Beefeater’. The ravens have their wings clipped which is cutting the edge feathers of one wing to make their flight uneven and therefore they cannot fly too far. They are fed handsomely so I doubt they would want to leave anyway! At the moment there are seven ravens living at the Tower and they are called Jubilee, Harris, Gripp, Rocky, Erin, Poppy (the youngest hatched in 2018) and Merlina. The oldest raven was called Jim Crow and he lived until he was 44!

In flight the raven will have almost a 5 feet ( 180cms) wingspan and they soar so are easy to identify. They are larger than a buzzard. Eating mainly carrion, mammals, birds and eggs, insects and other invertebrates, their diet is very varied. It is said that they can mimic the sound of many birds and mammals – including humans. The fact that they eat carrion means that they have often been associated with death in folklore. As far as we are concerned, they are a really majestic bird and it’s great to be able to eventually release these juveniles back into the wild.

With all the Jubilee celebrations, we decided not to have open days over the Whitsun holiday but we will be open for the August Bank Holiday and look forward to meeting you then. As usual, the number for advice or help is 01278 783250. People wishing to help us with collecting or rescuing animals can ask to be put on to our list for the next training sessions. You will be very valued!