May update: The orphan Season has started! 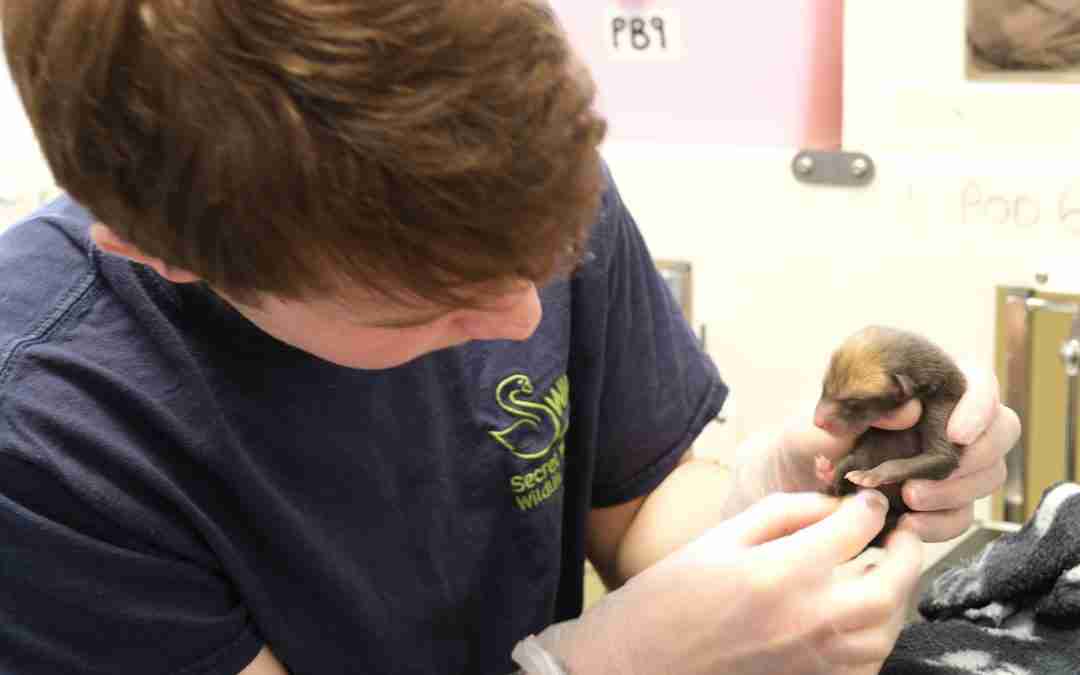 This year has had a very quiet start to the season. Our first fox cub arrived having been brought by a dog to its owners in a field. The cub was only a few days old and despite surveying the field, it was impossible to see where it had come from. Luckily the dog was a spaniel which is soft mouthed and no injuries were caused to the cub. Our staff waited for a while in case they saw the fox looking for the cub, but with such young cubs in her care, she was unlikely to leave them in the den. We did think about trying to get the cub back to the vixen the next night, but it was so young. The temperature was going to be freezing so we thought that the risk of the cub catching cold was too great. This cub is being cared for by Matt, one of our staff, and took on the responsibility of 2 hourly feeds day and night. Matt named the cub Lewis.

Three days later another fox cub was handed in to a vet in Exeter. The vet nurse on duty cared for it overnight. No details had been taken of where it was from, so we were unable to consider putting the cub back. This cub was the same age as the first one when it had arrived, and Matt named the cub Harris. It was good to have company for the first cub because although their eyes were still closed, they gained benefits from the closeness of each other. Lewis was now three days older than the new cub and already, in such a short time, he had grown larger than Harris showing just how quickly wild animals have to grow in order to survive. They are both doing really well. A very tired Matt is pleased that they are now on 4 hourly feeds, and he can catch up on his sleep!

Just a few days later a fox that had been killed in a road accident had fallen into a ditch and given birth to a premature cub as she died. It was thought that the cub was dead and it remained in the ditch until one of our response drivers attended. The cub was taken straight to a vet where they found a heart beat and tried to revive the cub feeding it little and often. The cub was then brought to us the next day and survived for a further 24 hours when it sadly died. With the umbilical cord still attached and without receiving the colostrum (the first milk) from the mother that contains anti-bodies, we knew we were unlikely to be successful. But each and every animal that comes to Secret World Wildlife Rescue will always be given as much care possible to try and save lives.

For advice please contact 01278 783250. If you would like to train as a response driver collecting casualties and sometimes releasing them, we training days coming up so do give us a ring.