February update: Love is in the air! 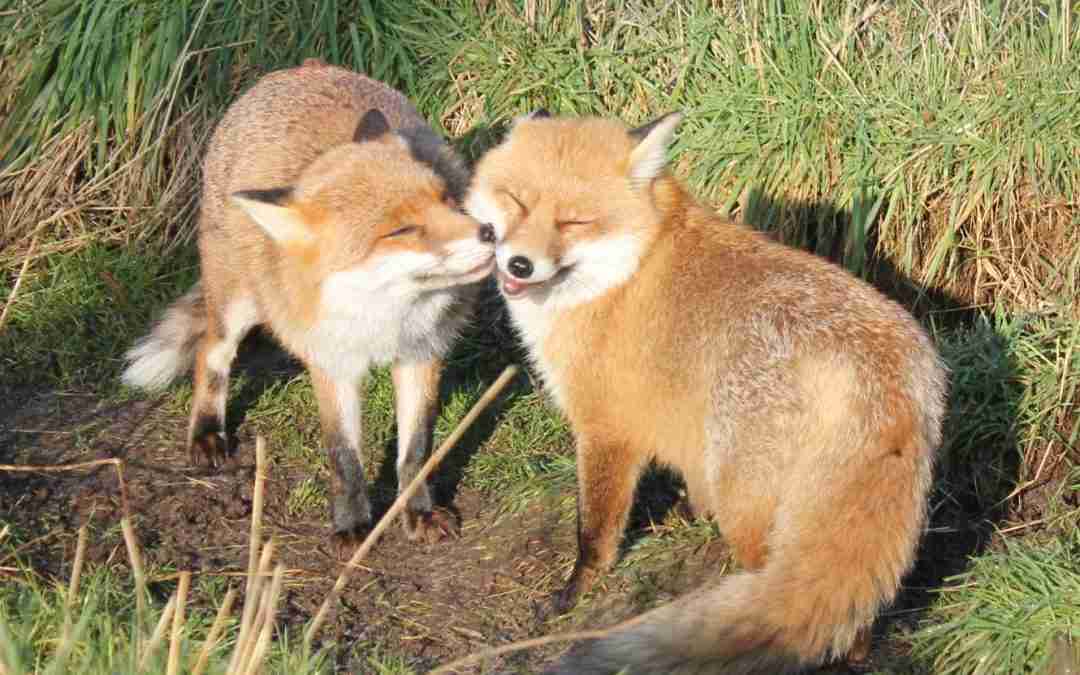 Spring is in the air and buds on plants and trees are promising that better weather is on the way. Already you should have heard the foxes making a barking noise or uttering unearthly screams which often frightens people. It is the calling sound of the male looking for a mate. At Secret World, we will have already had our first fox cubs arriving. So often they are mistaken for kittens or puppies as their dark brown colour when first born shows no relation to the red colour that we see in adults.

British owls will have started to lay their eggs with the youngsters hatching just as small mammals begin to breed meaning there will be plenty of food around. In a warm wet spring, vole numbers in particular, will increase in number dramatically with the grass starting to shoot giving them a food source.

As the orphan season starts Secret World staff, with the help of volunteers, will be feeding  babies both day and night. Many release sites needed for these orphans will have been found during the winter as this is the time to survey for suitable territories. The undergrowth will have died back in the cold weather making tracks and signs easier to identify which shows the presence of certain species. However, we are always looking for release sites for all species so do get in touch if you feel you may have land that could be a new home for some of our orphans.

St Valentine’s Day has many stories of its creation. Saint Valentine was a Roman Bishop who became a martyr for preaching Christianity. He was jailed and ultimately beheaded, but not before he fell in love with the jailer’s daughter. It is thought that on the evening of his execution, the Bishop passed a note to her which read “From your Valentine”. This is meant to be the first ‘Valentine message’.

I think I prefer the story of Cupid, the Roman god of Love who was depicted as a cherub with hearts. Because it was thought that the avian mating season starts in Mid-February a Pagan festival called St Valentine’s Day was created often depicting birds. King Charles 2nd of Sweden started the idea of sending red roses, the flower of love in the 17th Century. With the first ‘Valentine message’ being printed in 1866, it is now one of the major days in the year for lovers celebrated all around the world.. Maybe you would like to give a Secret World Adoption for a Valentine’s gift? Each soft toy included in the pack for Valentine’s Day will have an artificial rose. A gift that helps wildlife! For more information tel: 01278 783250 or email; info@secretworld.org