Over the past few weeks, Secret World has become gradually busier as new orphans come through our door every day. On top of tending the other casualties which come to us, as well as preparing for our upcoming events, our staff and volunteers have been working extremely hard as always. Here are a few highlights of recent weeks. 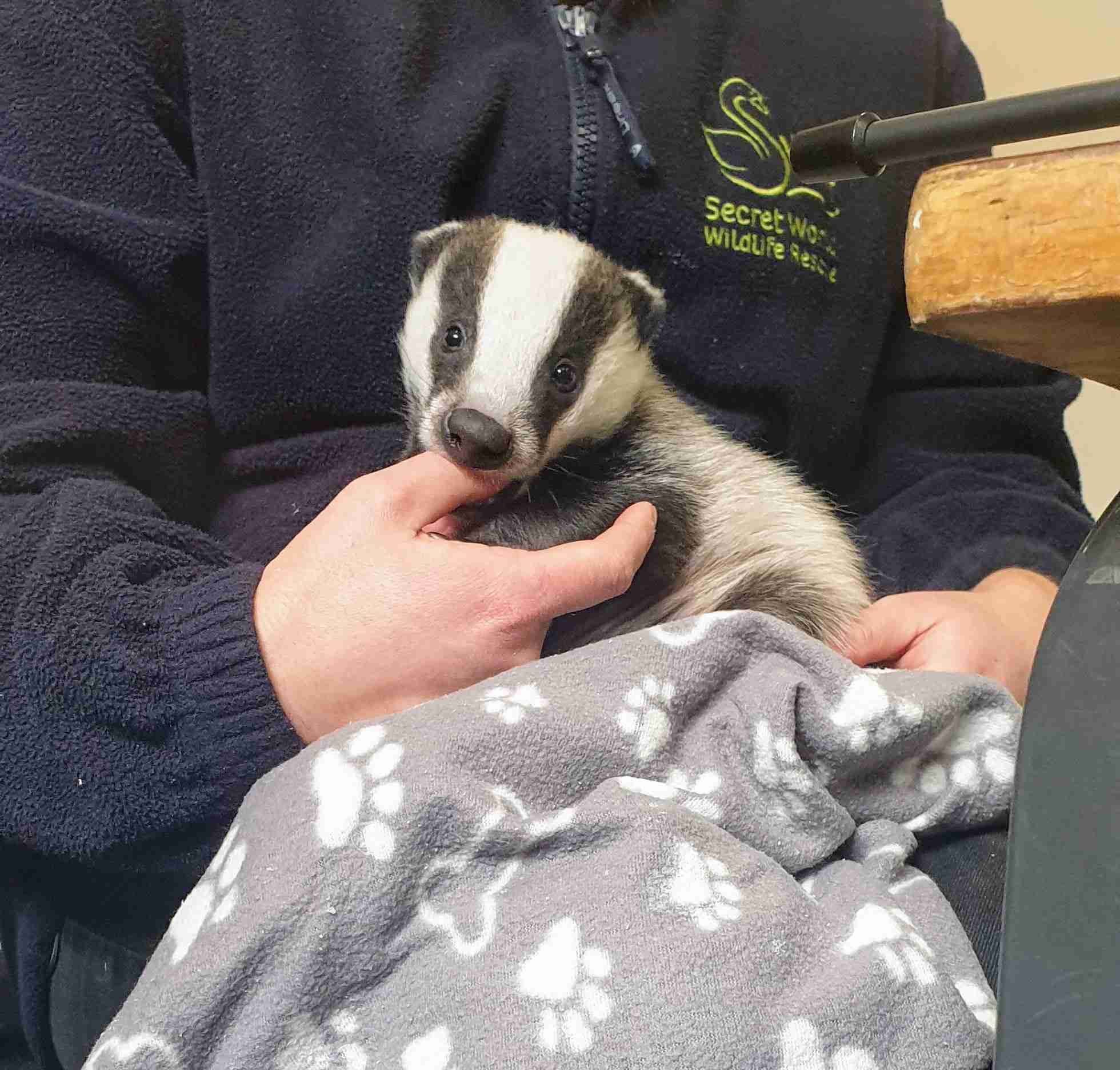 We have our first badger cubs of the year. The first came from Cornwall, where he was initially reared by animal rescuer Bob who runs Cornwall Badger Rescue. Bob named the cub Jak, and having bottle fed him from just a few days old, he has come to continue his rearing and rehabilitation with us at Secret World.

Jak has since been joined by a second, smaller cub who came to us from Vale Wildlife Rescue in Worcestershire. Named Pickle, he and Jak have been introduced to one another so that they can grow up with another of their species. This is important for their development, and reduces the likelihood that they will become habituated with humans.

A flood of foxes

We mentioned in our last blog update that we had our first two fox cubs of the year. That number has since increased and we now have seven of them who will be spending the next few months with us. Over that time they will live as a group, growing and learning together, before their eventual release later in the year. 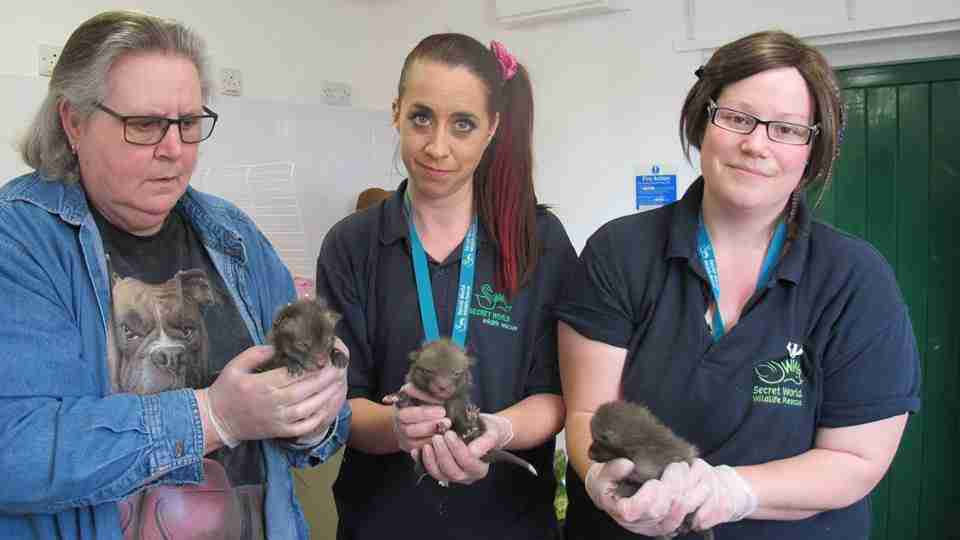 These cubs are with us having come from a range of unfortunate circumstances, but wherever possible we try to reunite cubs with their mother. We were recently able to do just that, with an impressive litter of seven cubs which were found when some shipping containers were being moved. After a quick check up at Secret World (see picture above), they were taken back to where they were found by a volunteer who sat and watched from a distance. Thankfully the mother did come back and carried each cub away to a new place of safety.

In the week when troubles facing nesting birds hit the headlines across the country, two baby blackbirds were brought to us after their nest site was disturbed. Inevitably, these were the first of many and we now have chicks of several species, growing in size and number by the day.

Otters on the move

After over a year in our care, our two young otters have made the next and penultimate step towards their return to the wild. Following months of surveying for a suitable release site, our release manager Jamie and a team of volunteers set up a release enclosure in situ where the otters can get used to life in their new home.
Assuming they don’t make their own way out, once they’ve spent a few weeks in their release enclosure the fence will be removed and they are free to go. We are grateful to the landowner for providing food and water for them throughout this process.

One of the otters peering out at her release pen 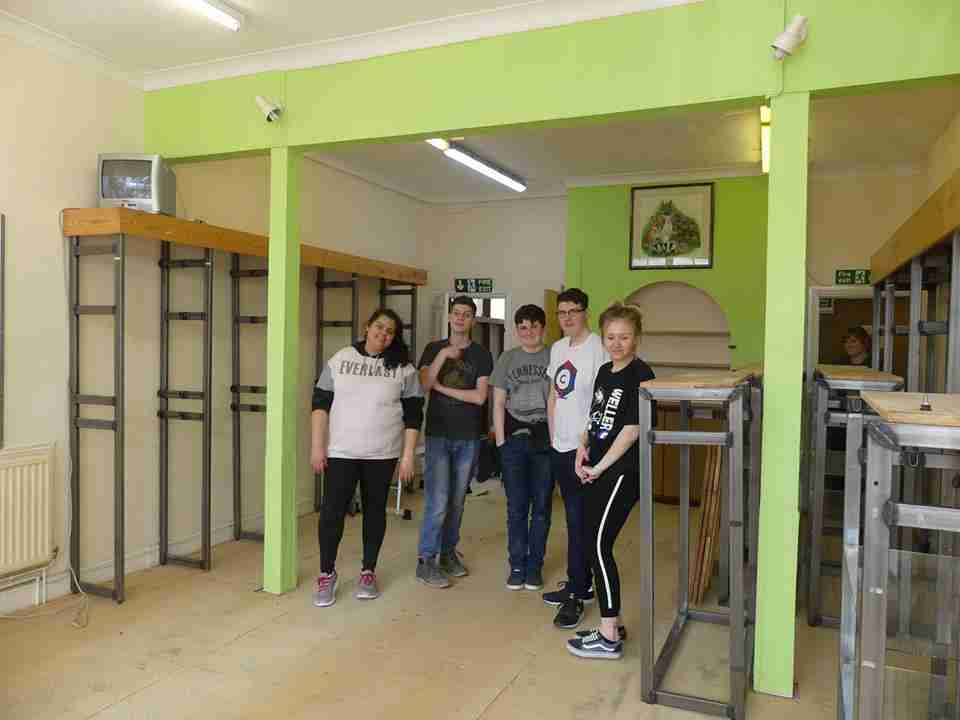 All change in the charity shop

Did you know we have a charity shop in Burnham-on-sea? We recently closed for a week of refurbishment, and what a week it was. The community came together as a group of students from Weston College joined our staff and volunteers to redecorate the entire shop. We are very grateful to everyone who helped out, and are looking forward to seeing more visitors to the shop over the coming months.

If you’ve not been before, it’s easy to find and not far from the seafront on Victoria Street TA8 1AW.

On Thursday 4th April, our patron Martin Hughes-Games spent the evening with us in Bridgwater, telling the audience all about his life and career, and providing an insight into a day behind the scenes of Springwatch. On top of the very entertaining stories and videos he had to share, Martin also took the time to meet guests and sign his new book. All proceeds from the event go to Secret World and we would like to say a massive thank you to Martin and everyone else who came along. It was a wonderful night and we couldn’t have done it without you.

You can get Martin’s new book, A Wild Life, from Amazon. In fact, if ever you shop on Amazon, you could be helping us out in the process. By logging in to smile.amazon.co.uk and choosing Secret World Wildlife Rescue as your charity, we will receive a donation from every purchase you make. It’s very simple to do and it all adds up!

Join us for some family fun at Secret World this Easter weekend. You can meet our residents and learn their stories, hear fascinating talks about the animals we help and join in with plenty of games and activities in a beautiful setting. You can also explore our market stalls and enjoy a tasty BBQ! We’d love to see you there

On the Saturday of our Easter open weekend we are hosting our first ever fun dog show. There are several classes to enter, and it should be lots of fun! Find out more below. 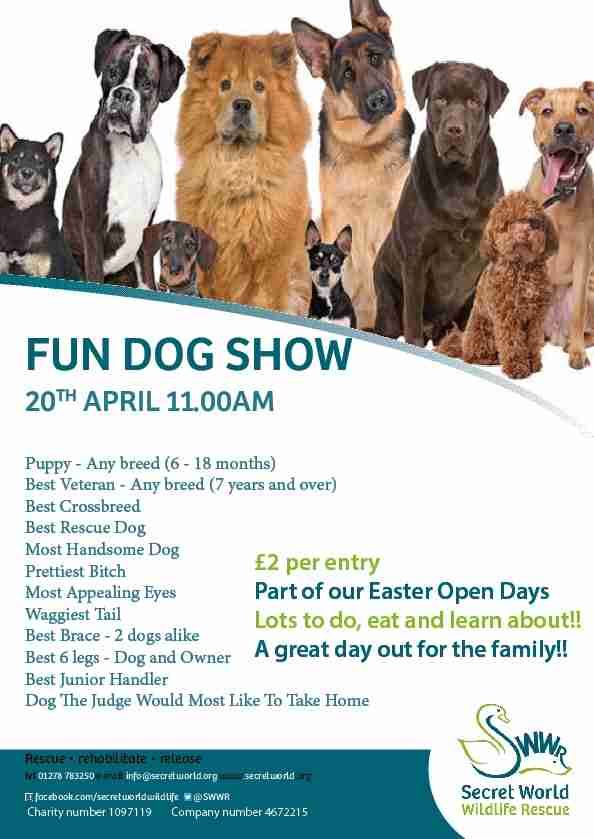