Spring begins this week and the orphan season is getting underway – albeit slowly. Over the past few weeks we’ve seen some interesting cases, including our first cubs of the year, and some happy returns to the wild. 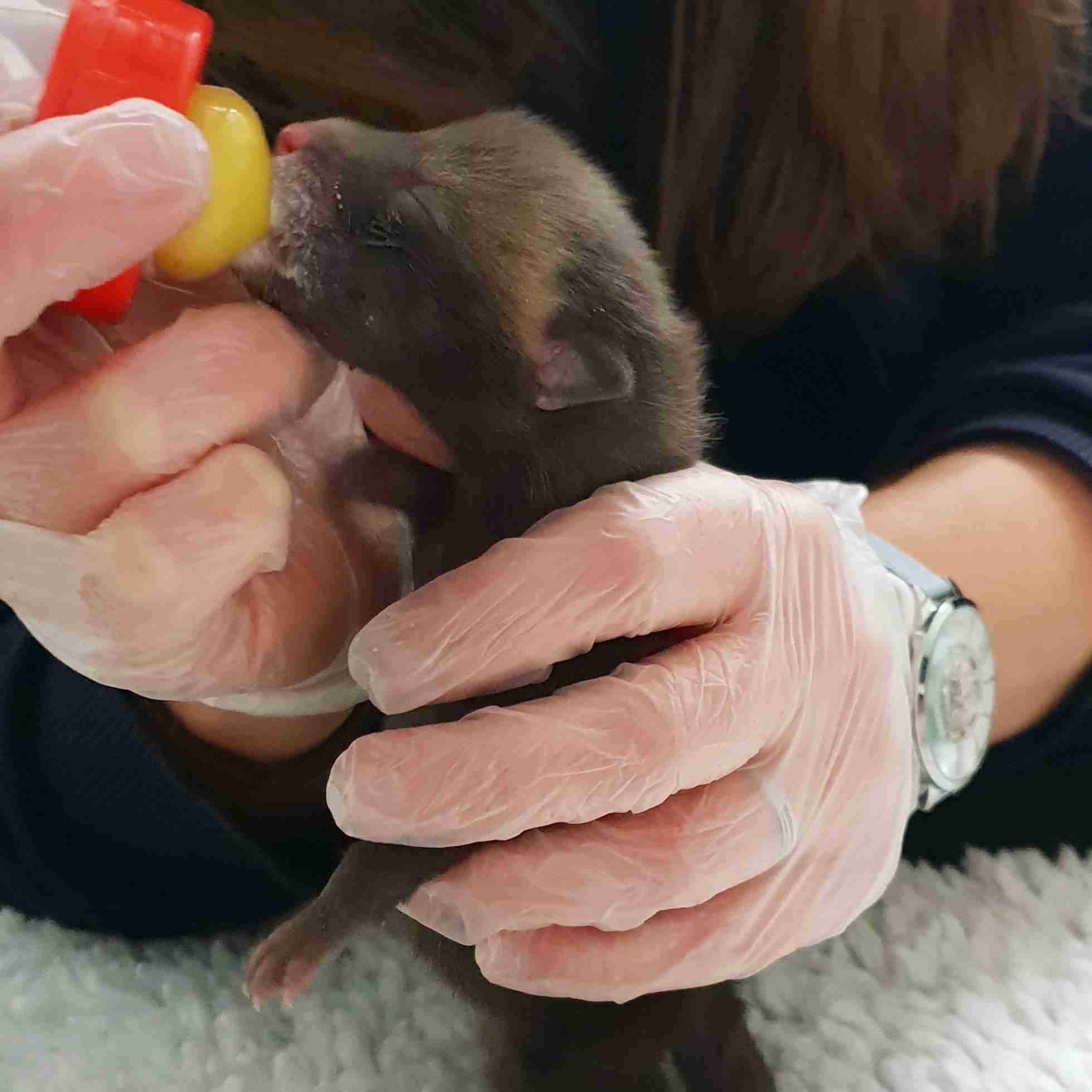 Our first orphan of the year was a fox cub who was found in a hay barn. Having searched for siblings or parents to no avail, he was brought into us. Now known as Rowan, he weighed just 74g on arrival but has been feeding well and is now well over 500g. He no longer requires bottle feeding and is able to tuck into his meaty mash quite happily.

A week later we had a second fox cub admitted at just a few days old. With eyes still closed the cub weighed 150g but is doing well with the help of animal carer Jade, who has named the cub Willow.

Remember the otter cub who came into us around Valentine’s Day last year? She was named Amore, and has spent much of the year since in our pre-release otter pen with her companion who was admitted at a similar age. Together they have been running and playing, growing and building strength and often making a mess of their pen! A year on, it’s nearly time for them to go. Our release team will soon be constructing a release pen for them at a carefully selected site. The otters leave Secret World and move to the site soon after, and spend a few weeks in the release pen while they adjust to life in the wild. We will continue to feed them during this time, and for some time afterwards when the fence comes down and they are free to go.

We’ll be sure to share the story of their release so keep an eye on our social media. 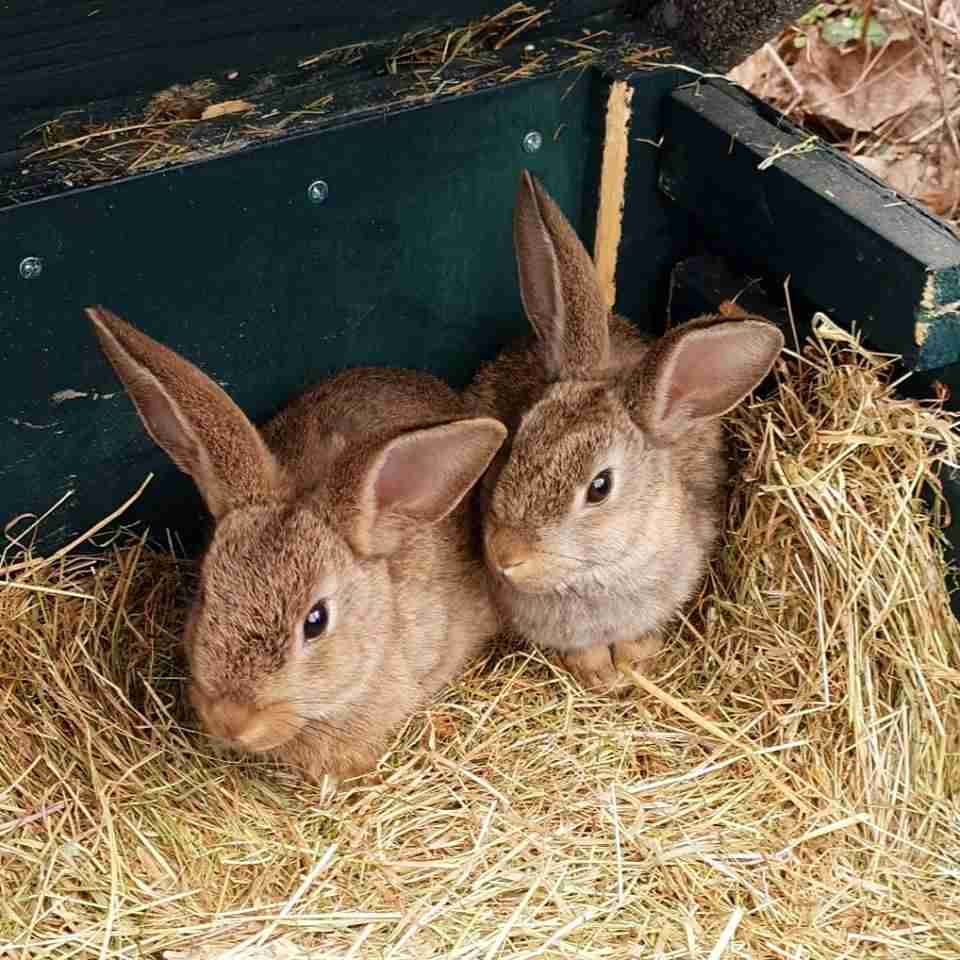 Two young rabbits going back to the wild.

Thanks to a little biological trick known as induced ovulation, rabbits are able to breed at any time of year. This means that though there are many natural predators of rabbits in Britain, as a species they are able to bounce back quickly and colonise new areas, whenever conditions are suitable. It also means that we may be dealing with orphaned baby rabbits at any time. At the moment we have several rabbits being reared on site, whilst some older ones recently went for release.

Like all our orphans, rabbits undergo a soft release and are moved to the release site in a purpose built box with food, water and bedding to aid their transition into the wild.

Swan way or another

Volunteers Graeme and Chris caught up with two swans who are ready to go back to the wild after a short stay with us. It’s important to be gentle when handling all animals, and experienced volunteer Graeme is more than happy to share his skills with others. Once caught, swans are placed in specially made swan wraps which protect their wings in transit. Ikea bags make carrying them more comfortable for us and the swans.

Volunteers Chris and Graeme sit a swan into a swan wrap. Holding the neck gently keeps the swan still whilst the swan wrap is applied to protect the wings while being transported. In the background, an Ikea bag waits patiently.

In the UK most bat species hibernate through the colder months of the year. Like any hibernating animal they need to be a decent weight before they enter hibernation or they won’t survive the winter. Several bats who came into us last autumn failed to get up to a suitable condition in time for release before the temperatures dropped. Having spent the winter with us, three pipistrelles and two brown long-eared bats will soon be heading for release. Before that however they need to build up their flight muscles so will be moving to the facilities at RSPCA West Hatch before they go back to the wild. 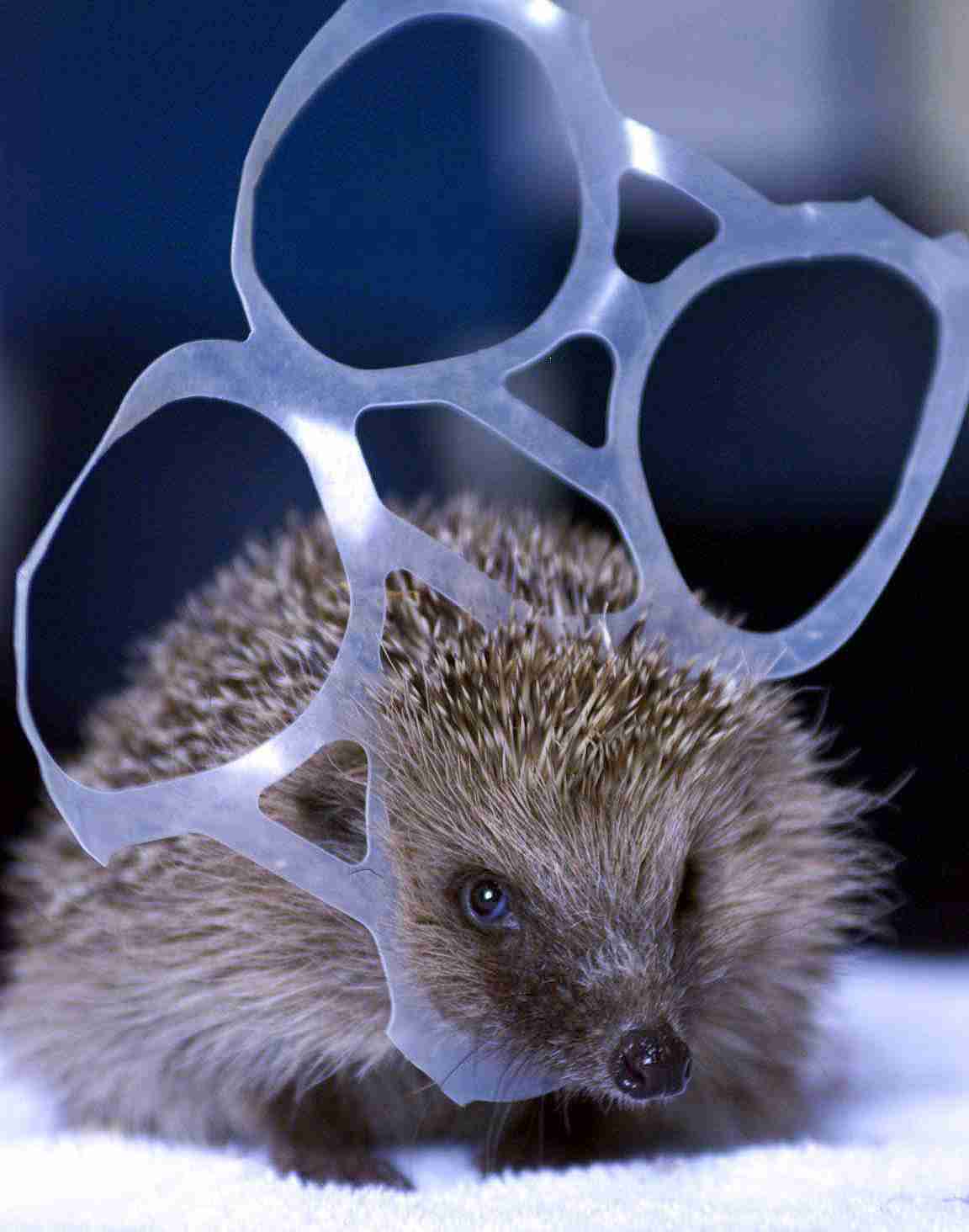 Litter in our environment poses a direct hazard to wildlife.

March 18th is Global Recycling Day.
At Secret World we recognise the importance of reducing waste whilst reusing and recycling what we can. We often see first hand some of the damage that discarded waste can do.
There’s plenty you can do to help, from recycling at home to encouraging your local council to improve their waste management schemes.

Join us for some family fun at Secret World this Easter weekend. You can meet our residents and learn their stories, hear fascinating talks about the animals we help and join in with plenty of games and activities in a beautiful setting. You can also explore our market stalls and enjoy a tasty BBQ! We’d love to see you there