This social movement has been raising awareness of the need to raise global animal welfare standards. T.V’s Chris Packham is getting behind the event and challenging wildlife lovers to raise money for British wildlife. As one of the south wests biggest wildlife charities we too are supporting World Animal Day. Chris Packham, one of our patrons commented “Secret World is caring for British Wildlife in an amazing way. They are wonderful people doing wonderful things”. We are asking for support to get us through what is looking like being a busy Winter period. As little as £3 will feed a poorly bird and every penny counts. The challenge made by the television presenter comes after one of our long standing supporters completed a 1600mile motorcycle journey in aid of Secret World. Robin Seymour visited 26 Harley Davidson dealerships around England, Wales and Scotland. Robins challenge took him from Surrey to Scotland and back to our centre in East Huntspill. To donate to Robins challenge, visit his just giving page ‘Robin Seymour Ironhog 2018’.

Two of the incredible seabirds and rare inland visitors have been brought to Secret World over the past few days. These enigmatic birds are ocean wanderers, mating for life, they usually only come to land to breed on grassy clifftop slopes but breeding season is over making their arrival especially unusual. The bird was collected by one of our volunteer response drivers and when it arrived at our centre created quite a stir. Amazingly, the very next day another Manx Shearwater was found when it walked in to a house in Taunton. Spending most of their lives at sea, these birds have not developed a fear of humans so the homeowner would likely have had quite a shock.

Both birds were assessed at Secret World, stabilised and then transferred to RSPCA West Hatch where they have special facilities for sea birds. Animal carer Dan Bryant said “It was amazing to see the birds but right that we should pass them on to West Hatch who have experience of these incredible birds”.

This beautiful small bat was found clinging on to the grill of a car. This amazing and usual sight must have been a shock for the kindly person who alerted us to it. 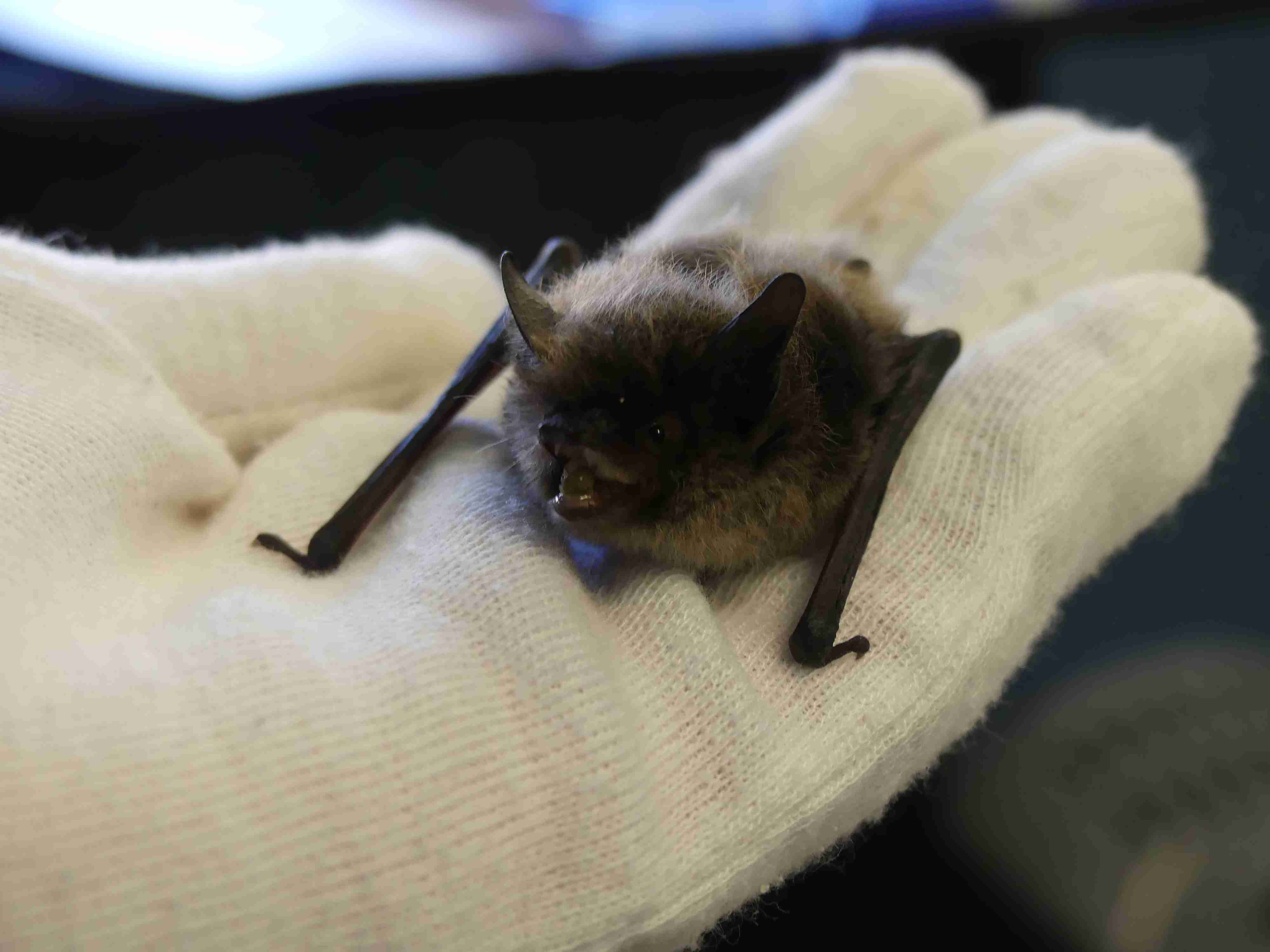 These little bats were only identified as a separate species in 1970 and news of its arrival spread quickly through our team. The bat is now being cared for by our animal carers. Look out for next weeks blog to get an update on its progress.

Dont forget that our circus themed ball and auction is next week on 13th October. This is sure to be a great night with life music and entertainment. See our website for details.