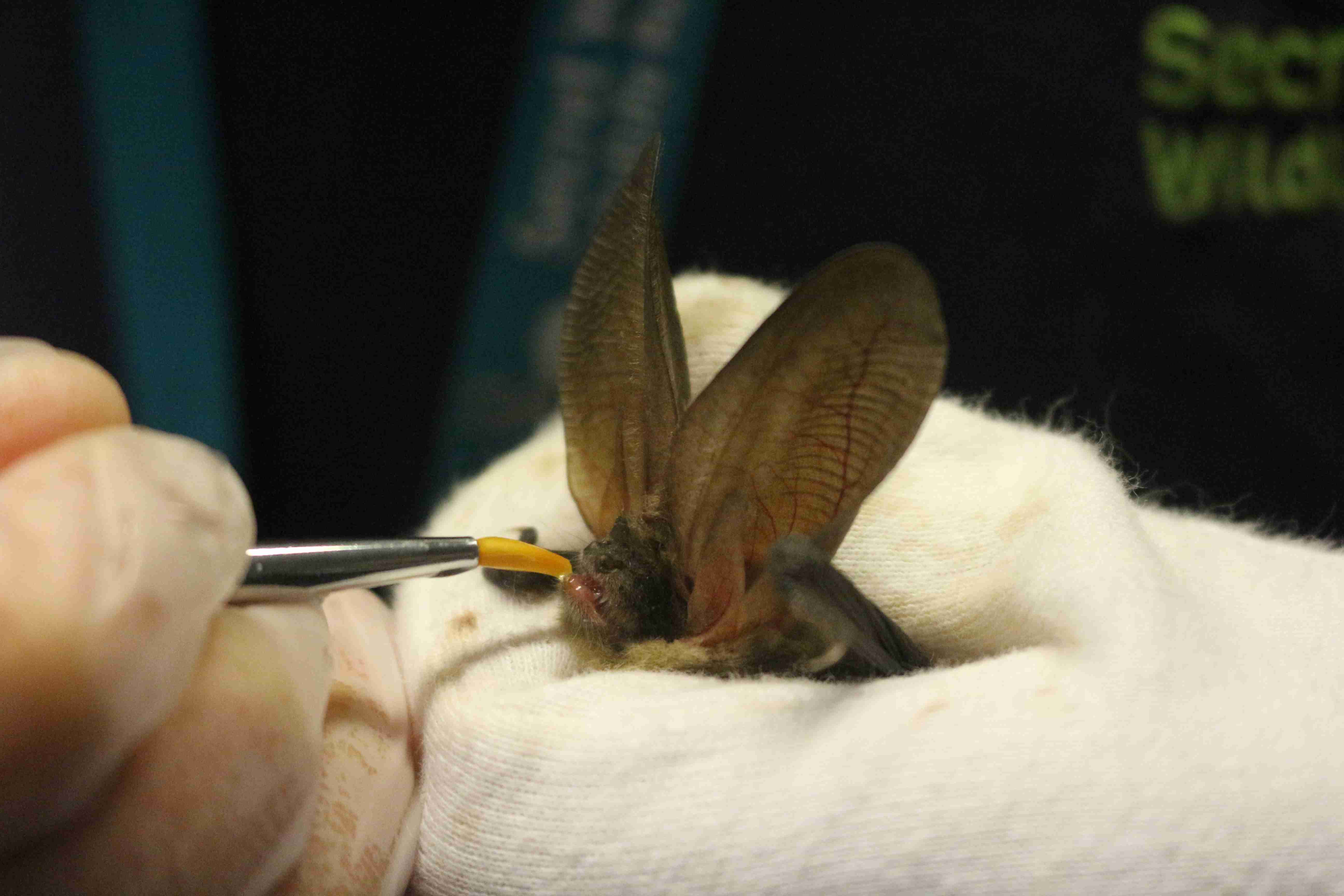 The adult bat was found lying very flat in a car park in Highbridge. Workers from nearby company Eaton Controls UK called Secret World for advice, and a volunteer response driver was dispatched to pick it up.

On arrival at the centre the bat was found to be in relatively good health, just fatigued. Once it had been given the once over by animal care staff it was placed in an enclosure to get some rest and build its strength up.

The bat will be released back into the wild as soon as it is back to full health.

All bat species, their breeding sites and resting places are fully protected by law. The brown long-eared bat is relatively common and widespread throughout the UK, unlike its grey long-eared cousin. The bat’s huge ears provide exceptionally sensitive hearing – it can even hear a ladybird walking on a leaf!