Injured Swan Gets The Help It Needs

A swan which had been unable to eat has been brought in to Secret World to receive the care it needs. A member of public spotted the bird at Portishead Nature Reserve who saw that it appeared hungry and distressed so it was brought in to the centre to be assessed. The lump was found to be grass or mud after being removed by the animal carers and the swan was then given fluids to rehydrate before being out in a pen to recuperate from its ordeal. Once he is fit enough he will be released back where he was found, whenever possible animals are released back where they are found as it is familiar and they will be easily able to access food and water. In 2017 Secret World treated 212 water birds.

Another water bird which has been admitted to us this week is a Gannet which had been blown in land from the coast in the recent stormy weather. Luckily, a homeowner spotted the unusual garden visitor grounded and in need of help. The bird was brought in to our centre to be assessed and was found to be cold and wet but with no obvious injuries so was given fluids and warmed up, he was then put in a pen to get some rest. Once the gannet was fit enough he was transferred to to West Hatch RSPCA who had other birds he could mix with in their pre-release facilities. Once he is fit and healthy he he will be released back by the sea. 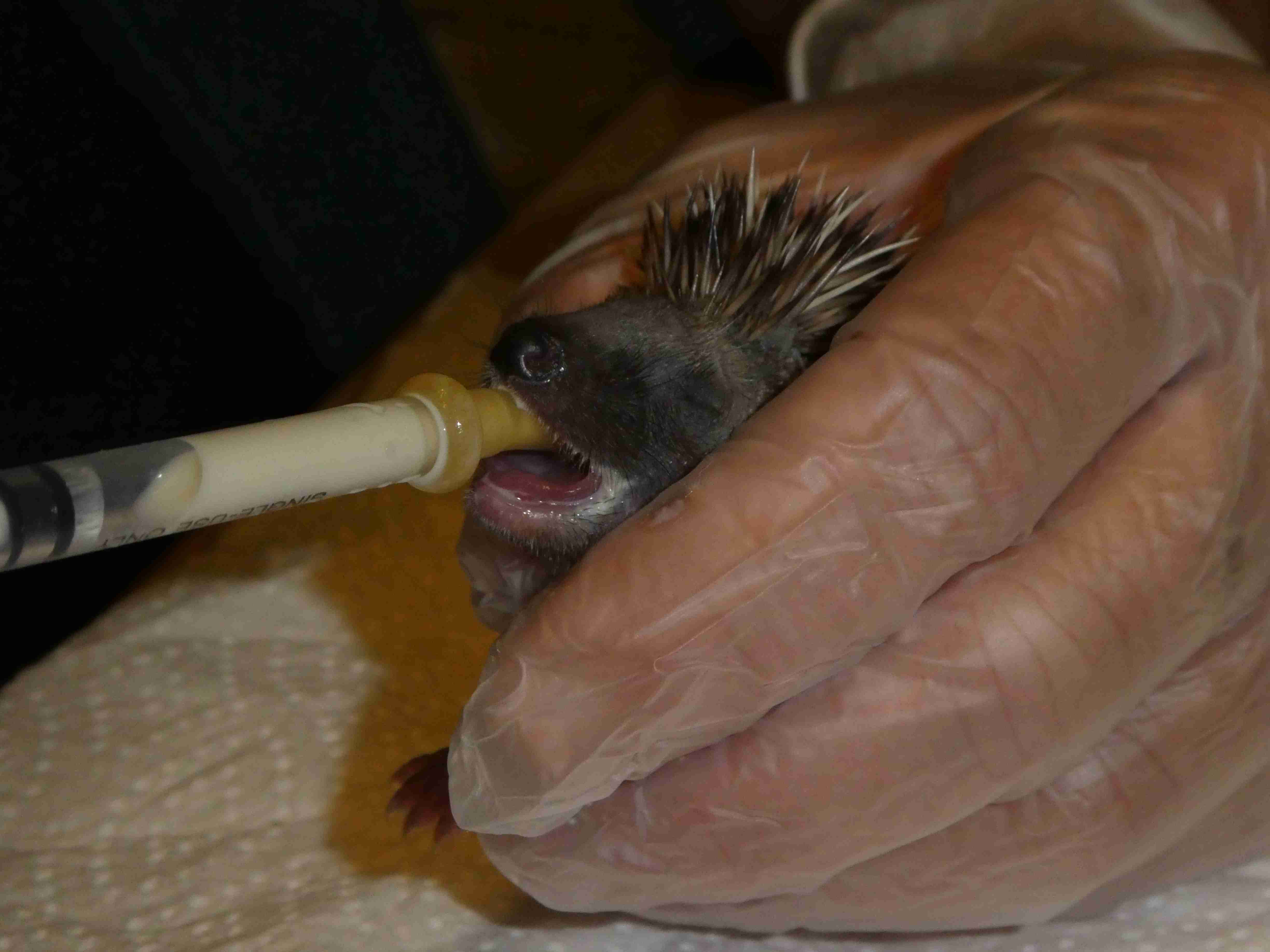 Three tiny and helpless baby hedgehogs are being hand reared by one of our volunteers after sadly being abandoned by their mother. The tiny hoglets had been cowering under a shed, one baby had crawled out in search of its mother who was nowhere to be seen and after being spotted by the homeowner Secret World were alerted. They were brought straight to us and were found to have no injuries but were far too tiny to fend for themselves.Volunteer Jenny Warring is now caring for the trio off site which enables her to feed them every few hours around the clock. It is vital they put on enough weight before they are released to allow them to hibernate through the winter months, if they are arent able to they will stay in Secret Worlds hedgehog hotel “Hogwarts” until spring when they will be released when the weather is warmer. Currently Secret World is caring for 50 Hedgehogs but this number is expected to swell as Autumn and Winter are testing times for these declining animals.

A tawny owl which had been treated here at Secret World and was about to be released back in to the wild has been found to be suffering from an eye ulcer. Its release was delayed while a vet examined the owl which has now been given the all clear. 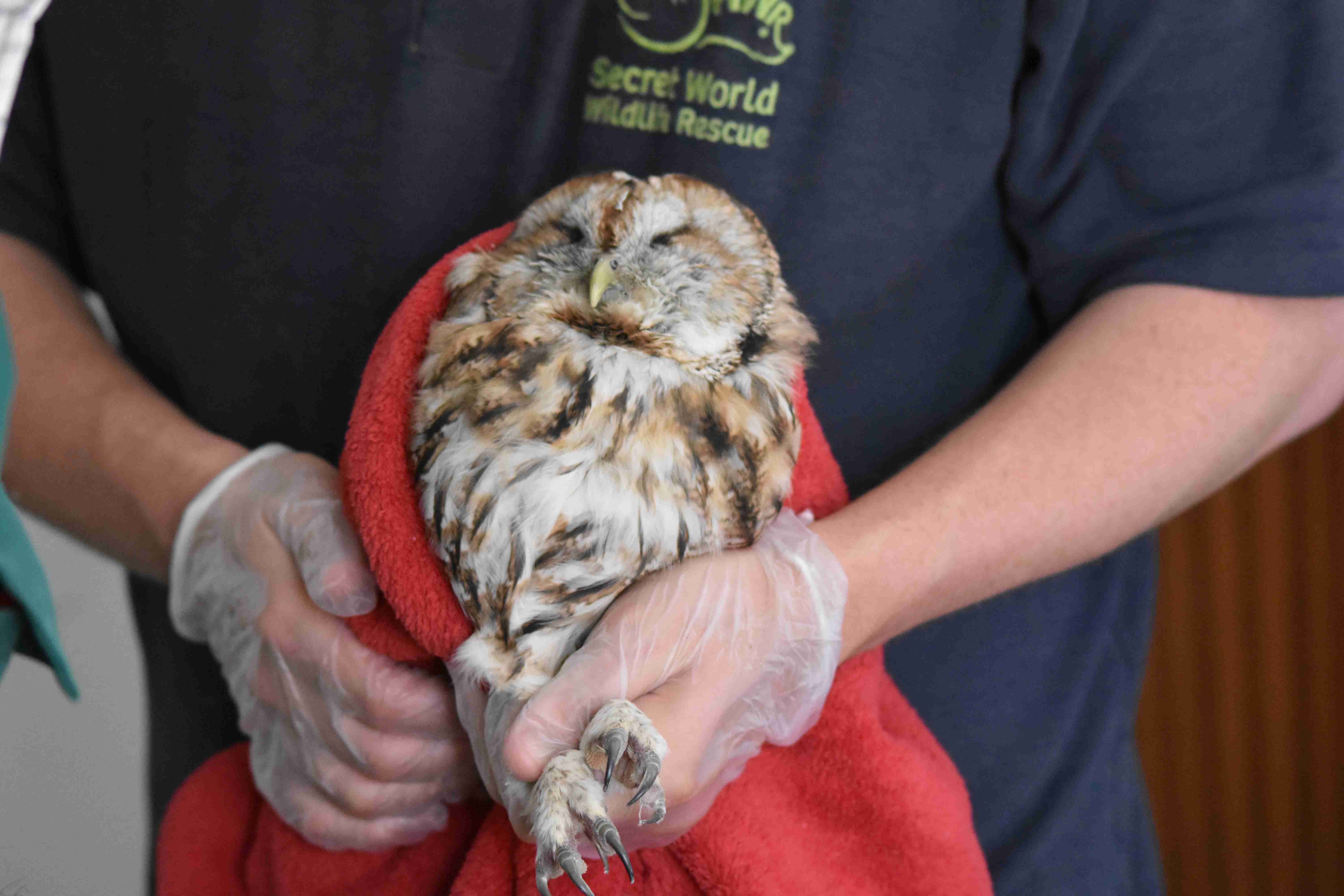