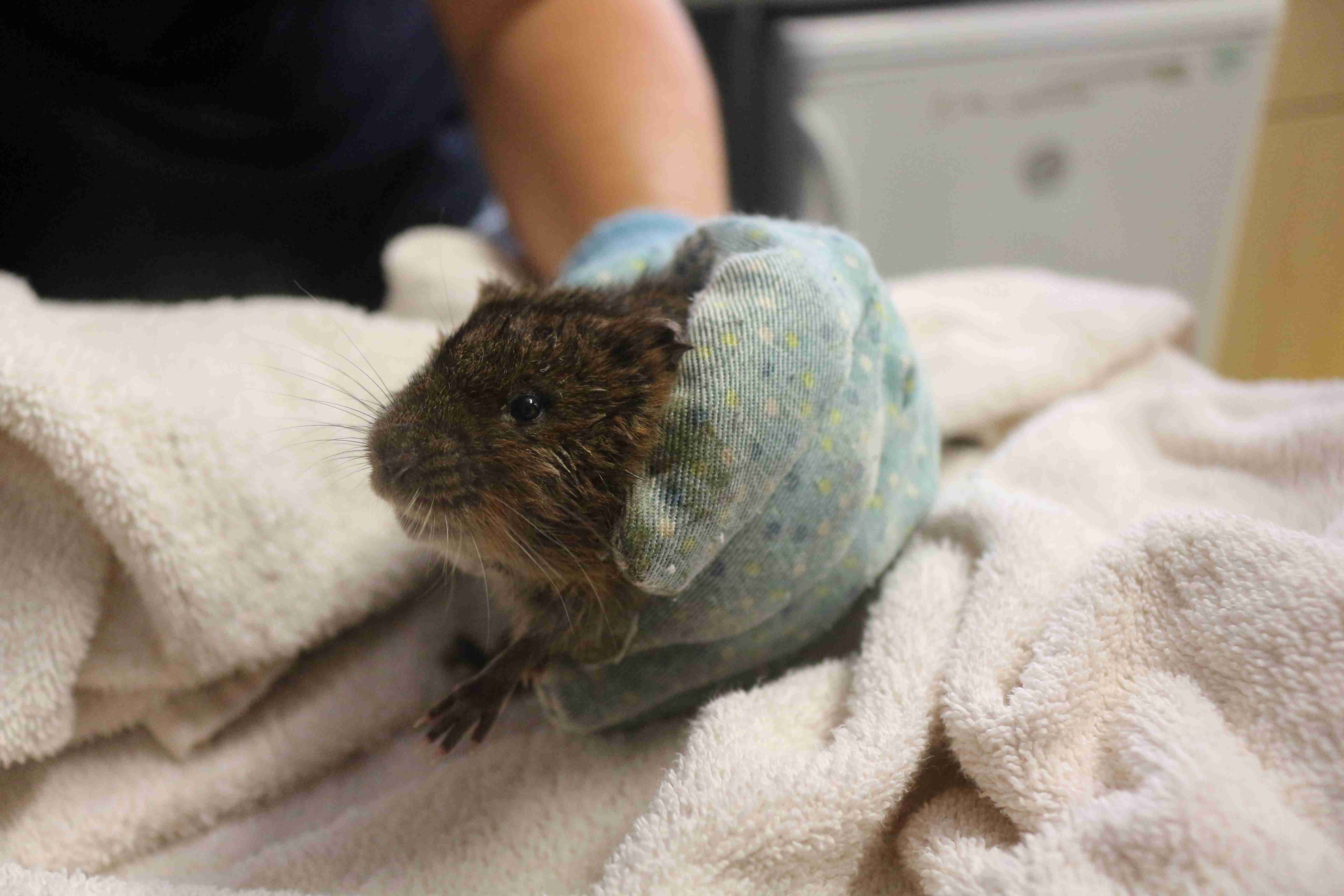 This week has seen a special visitor to Secret World in the form of a water vole. It was exciting for us, as these rare creatures are seen in decreasing numbers due to habitat degradation. This lucky Vole, who we have called Walter, had found himself washed out to sea. Incredibly, he managed to find his way back to shore. Having been given a full check over and some rest in his very own swimming pool, Walter has now been released back in to the wild. We were sad to see him go, but glad that he has been given a second chance back in his natural habitat. 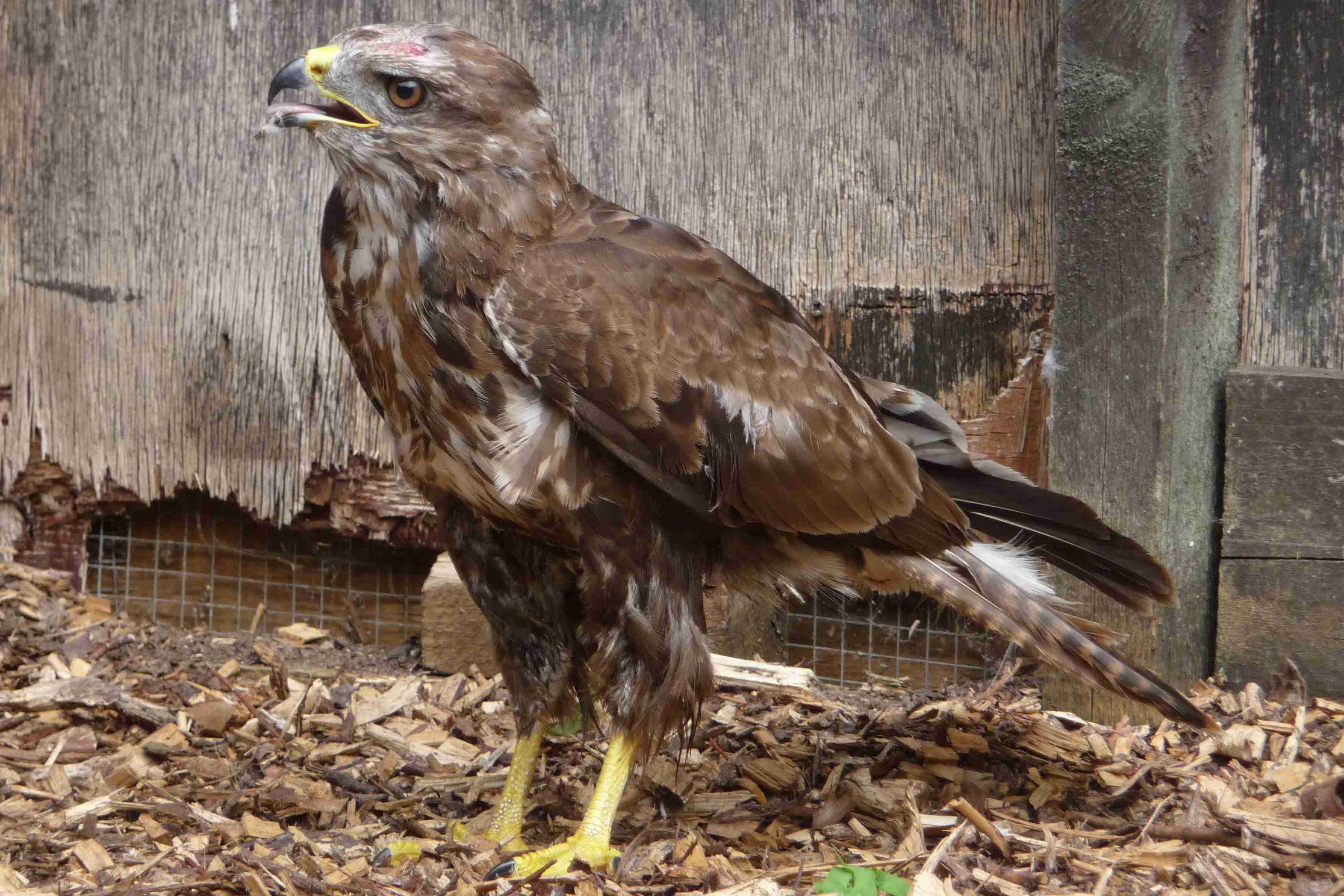 On a slightly less pleasant note, a buzzard was brought in by our response driver Cindy after getting stuck in a slurry pit at West Hunstspill Sewage Treatment Works. The very smelly bird was given a wash straight away! Once he was dry and feeding he was placed in an aviary exclusion pen to be given the best chance of recovery and to build up muscle. He is now looking majestic and is set to be released soon. Laura Benfield, who is our head of animal care, said “It is likely that the buzzard was after a small mammal running over the crust of the effluent material, but his weight made him sink in and he was unable to get out”.

Have you been following our work and wondered how you could help us? One way is by becoming a volunteer response driver. This crucial and exciting role is a vital link in the chain of getting sick and injured animals the help they need. We need people to pick up injured animals and bring them to us, and also to assist in releasing animals once they have recovered. You can put your name down for hours to suit your availability. If this sounds like something you are interested in then you can find out more on the volunteer section of the website.