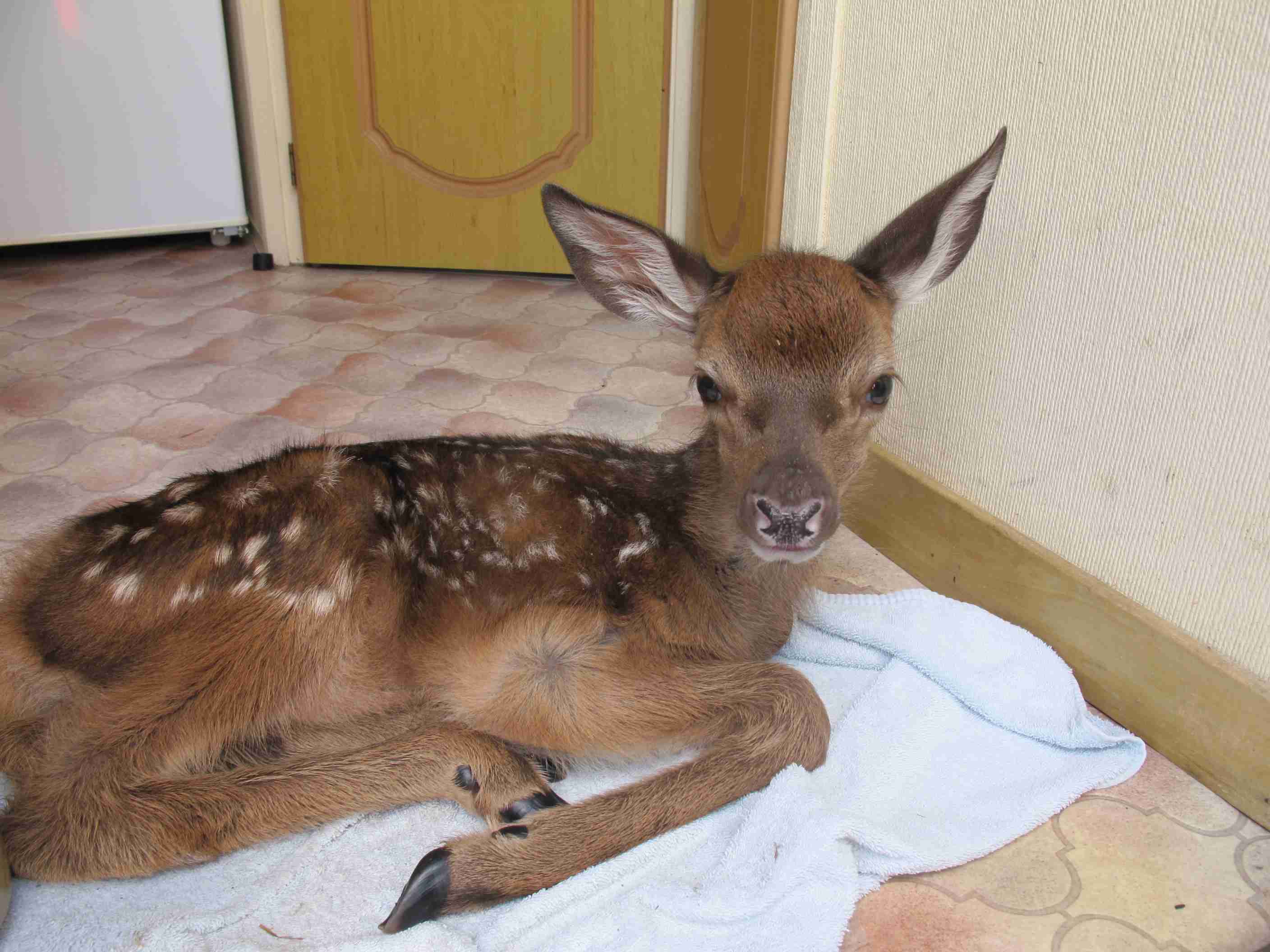 A newborn red deer calf, found abandoned by the side of the road, is set to make a full recovery later this year thanks to the animal care specialists at Secret World Wildlife Rescue in East Huntspill, Somerset.

The deer was found collapsed and crying for its mother at the side of a road between Badgers Holt and Wheddon Cross in Somerset by a vigilant member of the public.

After initially leaving the calf alone in the hope its mother would return, the passer-by called Secret World, an experienced animal rescue charity established in 1992, for assistance.

Marie Denston, Animal Carer at Secret World, was the first carer to assess the calf on arrival. She said: “The baby animal was unable to walk and still had its umbilical cord attached when it was found.

“Sweet Pea, as she’s been named, is now feeding well and being cared for by two animal carers day and night. She has been moved to the fawn unit where she is in the company of a young fallow and a juvenile roe deer.

“Fawn is usually the term we use for baby deer but in fact the only one that is truly a fawn is the fallow deer. The red is called a calf and a roe is called a kid.”

These young deer will remain at Secret World until the autumn. They will then be taken to a safe site to be released and monitored by the land owner.

Secret World Wildlife Rescue relies on access to multiple sites for successful releases such as this one. If you can offer release sites for a variety of species of animals, please call Jamie Kingscott, Wildlife Release Manager on 01278 783250 or email Jamie.Kingscott@secretworld.org