Buzzard Stuck in Sewage Gets Clean Bill of Health 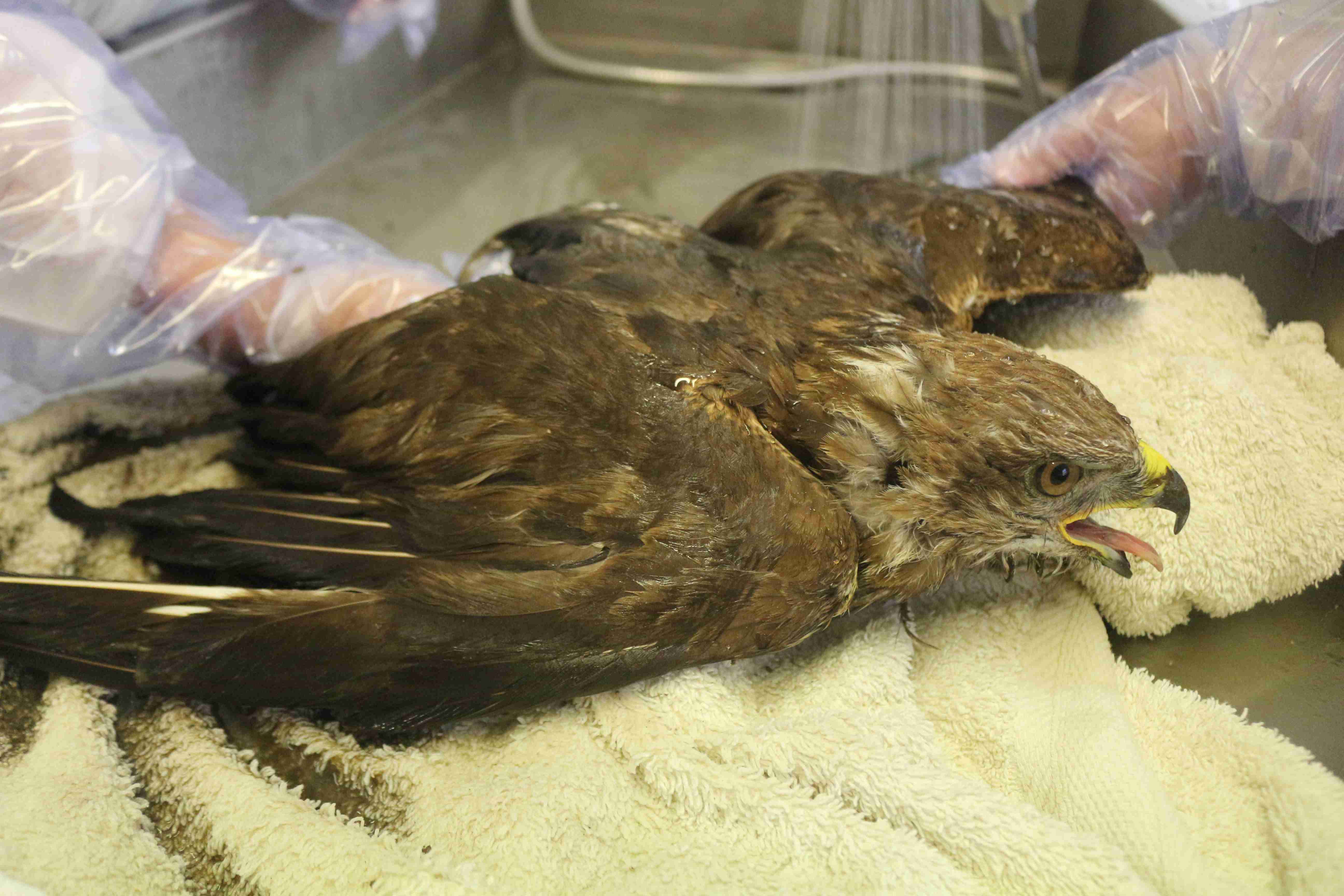 Animal carers at Secret World Wildlife Rescue in Somerset found out that caring for wildlife is not always glamorous after rescuing a buzzard which became trapped in a sewage pit. Laura Benfield and Jade Robuffo, both resident animal carers at the charity, drew the short straw and were tasked with giving the bird a thorough wash.

The buzzard – a large bird of prey – became stuck in a slurry pit in the sewage treatment works in West Huntspill – two miles from Secret World’s rescue centre. The smelly bird was brought in by one of Secret World’s volunteer response drivers Cindy Taylor and given a wash immediately on arrival.

Once the bird was dry and feeding, charity staff moved it to one of the aviary exclusion pens at the centre to recover and build up muscle.

Laura Benfield, said: “It’s likely that the buzzard was hunting a small mammal running over the crust of the effluent material, but his weight made him sink in leaving him unable to get out.”

After a period of recuperation, the bird was released back into the wild last week.

Specialists at Secret World believe that with the recent spell of hot weather, many animals have been forced to take more risks when foraging for food. The dry summer has made certain food sources such as insects and worms very hard to find.

As well as feeding on small mammals and birds, buzzards also eat insects and worms.

Secret World receives no Government funding. It relies solely on the donations of generous supporters. To donate, visit: http://secretworld.org/get-involved/donate/