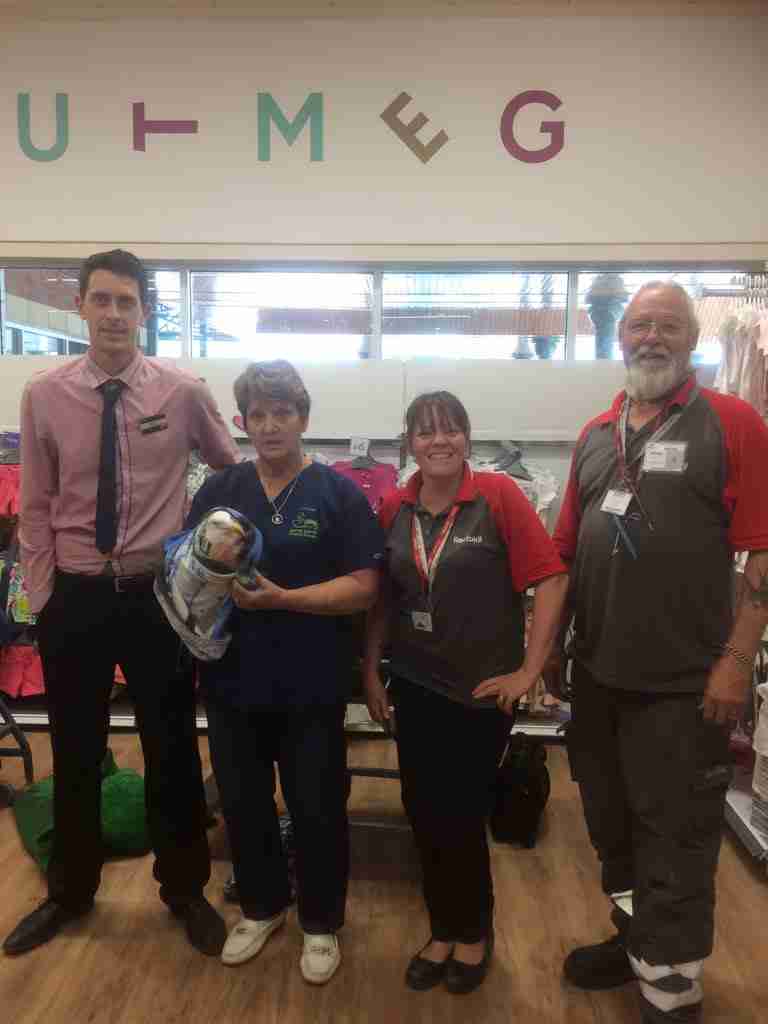 Businesses in Somerset have been doing their bit to help injured animals, according to Secret World Wildlife Rescue.

The charity has rescued three injured and poorly animals in the past couple of weeks after being alerted by businesses in Highbridge and Bridgwater.

After a thorough wash the hog, named CJ, was given a clean bill of health and will be released soon.

The charity also received a separate call from Queenswood Natural Foods in Bridgwater whose staff had found a poorly gull. Secret World transported the bird back to the charity’s centre for a full assessment. Charity staff diagnosed it with botulism – a potentially fatal disease that occurs when toxic bacteria are ingested.

Animal carers at Secret World suspect it came from eating bad meat. Following treatment the bird is expected to make a full recovery.

Secret World was also called to Morrisons in Bridgwater after a gull entered the store and hid behind some shelves in the clothing department. After removing the shelves with help from supermarket staff, Pauline managed to catch the gull and take it back for assessment.

Unharmed by the ordeal, the gull was released the same day.

Pauline Kidner commented: “As a charity, we rely on calls from the public and businesses to tell us about animals in need of our professional care. It’s important for us to provide a speedy response and help the animal as quickly as possible.

“The sooner we know about an injured animal, the sooner we can treat them. Thank you to everyone who has helped us save an animal in their hour of need.”