Owlet rescued from a grizzly fate 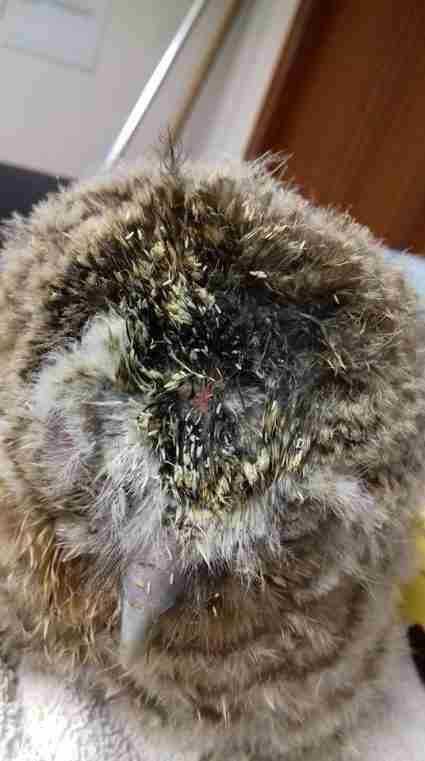 A three-week-old tawny owlet matted with fly eggs is on the road to recovery thanks to animal rescue specialists at Secret World Wildlife Rescue.

Concerned members of the public had spotted the owlet at the bottom of a tree during a late-night walk around Glastonbury Tor two weeks ago.

The owlet was brought to the charity’s centre in East Huntspill, Somerset, by Graeme Thompson, one of Secret World’s volunteer response drivers. 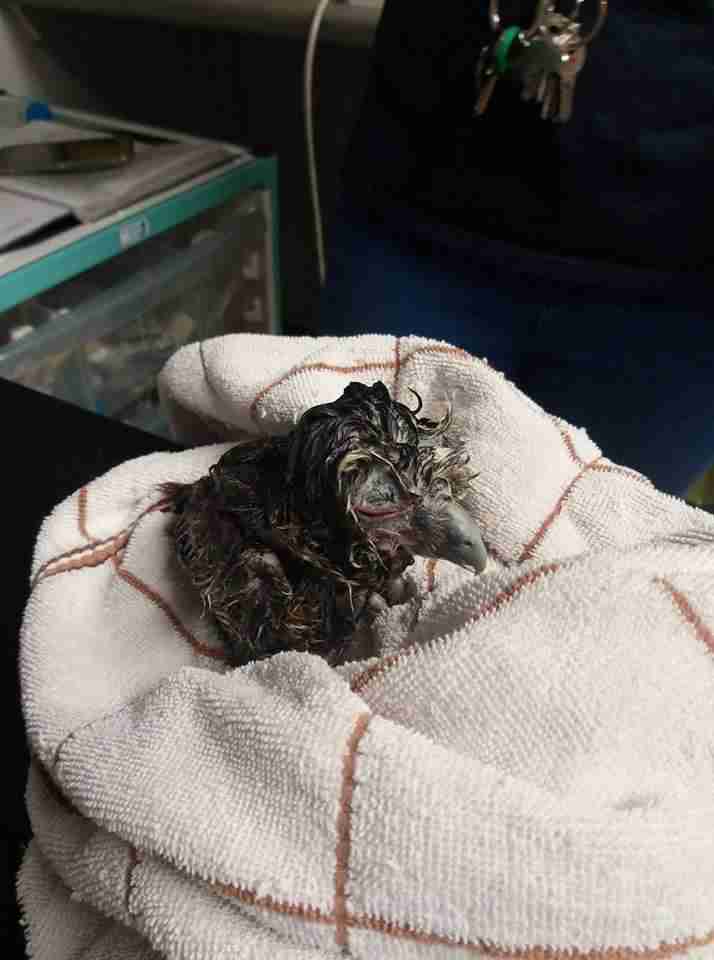 After a good bath

Once the bird was back at the charity’s centre, Katie Gibbs, animal carer at Secret World, attempted to remove the eggs with fluid therapy without success. Charity staff decided that the only way to remove them thoroughly was with neat washing up liquid, a fine toothbrush and a shower, which worked brilliantly.

After sitting under a heat lamp to dry out, the owlet was transferred to an incubator overnight to keep warm. By the following morning it had returned to a fluffier state and was eating well. 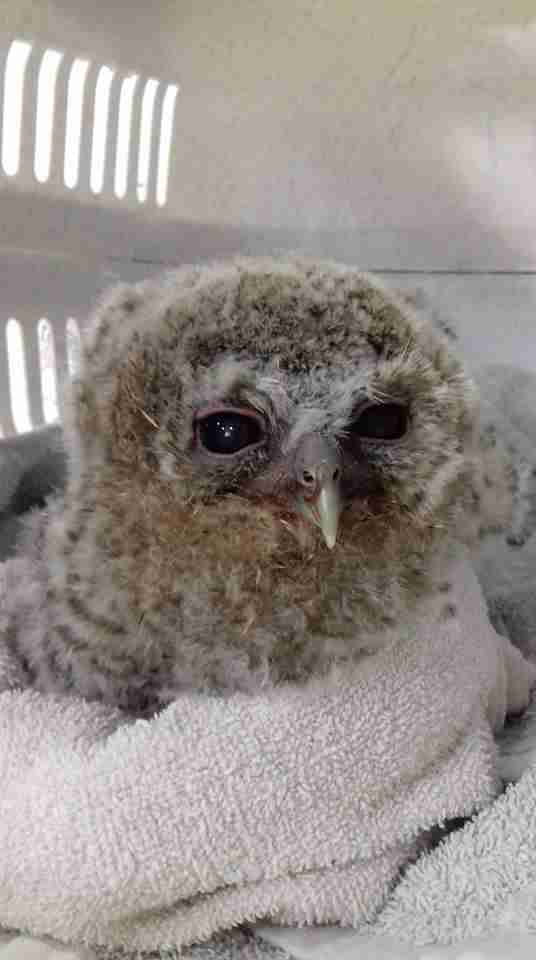 Warm and dry…and a lot happier!

Otis the baby owl will continue to be cared for by Laura Benfield, the centre’s Head of Animal Care, over the summer until its release. Before it’s released, the charity will conduct a specialist eye test and admit it into its pre-release flight pen to strengthen its wings.