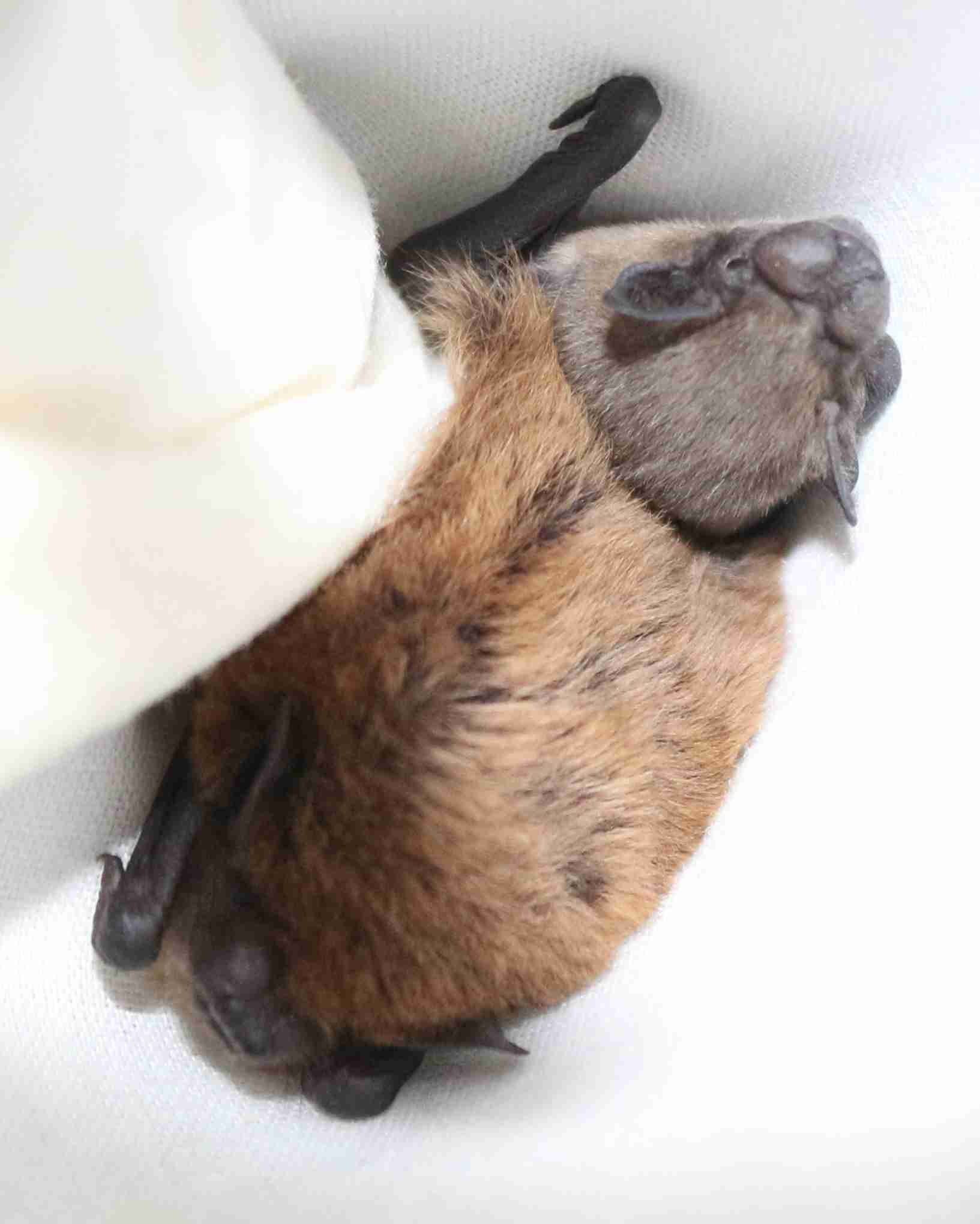 Staff at Secret World Wildlife Rescue in East Huntspill were surprised when one of the bats in their care gave birth.

The pipistrelle bat has been in the care of Secret World since December and was brought in having been disturbed from hibernation and found to be severely underweight – too underweight to be released immediately.

While the bat was recovering, staff were surprised by how many mealworms she was eating – double the amount for a bat her size and sex.

Bats have delayed fertilisation and only fertilise their eggs and the semen when the weather is favourable. It is thought that the bat was pregnant when she came to Secret World last year and being kept in a warm vivarium triggered the fertilisation. Once they give birth, bats keep the baby tucked under the wing hidden from view.

Sarah said: “We kept her on her own away from the other male bats we had in. She was scoffing all her food, eating double the amount the other bats were, but last Sunday it made sense why. We spotted a baby had appeared!

“Mother and baby will stay at Secret World until April and we will take them to a flight pen before releasing them. The baby needs to learn to fly and self-feed from live food and the mum will need to build strength back up, so a period in a purpose-built flight pen will enable them to do this. Then a suitable release site will be found.”

In 2017 Secret World rescued 119 bats, including a rare grey long-eared bat.  Secret World provides a 365-days-a-year service to rescue sick, injured or orphaned wildlife. Members of the public who would like advice on how to look after wild animals or would like to report injured wildlife should call 01278 783 250.