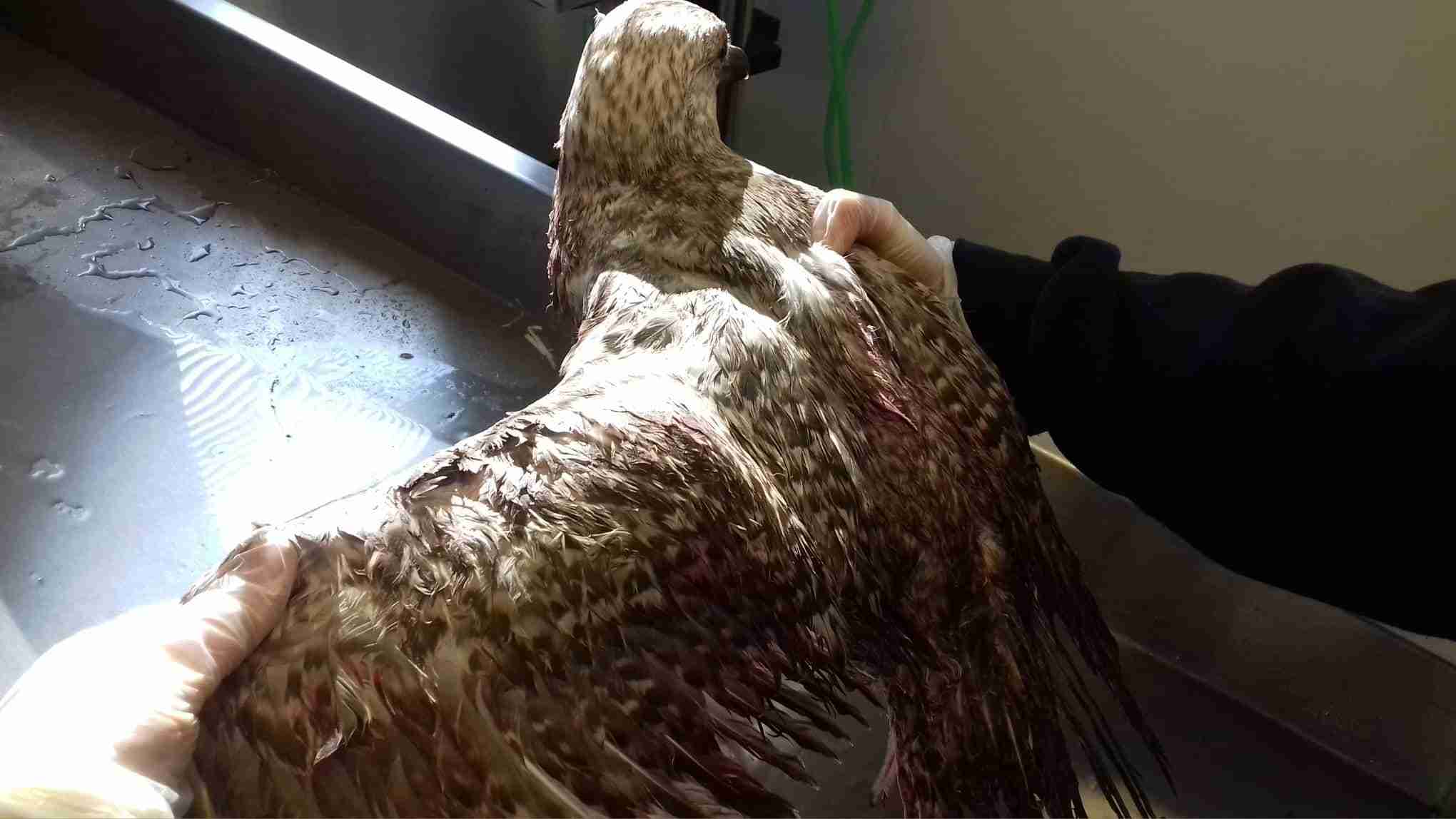 A curious gull caused much amusement for the staff at Secret World Wildlife Rescue in East Huntspill.

A call came in from a concerned member of public who spotted a herring gull covered in blood at Isleport Business Park in Highbridge.

Response driver Graham Hardes rushed to the scene and managed to catch the gull, bringing him back to our centre.

While assessing him animal carers Dan and Katie were very surprised to find seeds in the ‘blood’. After further investigation they discovered that it was strawberry jam!

It turned out that Jammy, as he has been named, had a very sweet tooth, and took a liking to what we expect was a discarded jam container. After a thorough washing he was back to normal and will be released soon.

Secret World provides a 365-days a year service to rescue sick, injured or orphaned wildlife. Members of the public who would like advice on how to look after wild animals or would like to report injured wildlife should call 01278 783 250.