Love is in the Air for Batty Pair 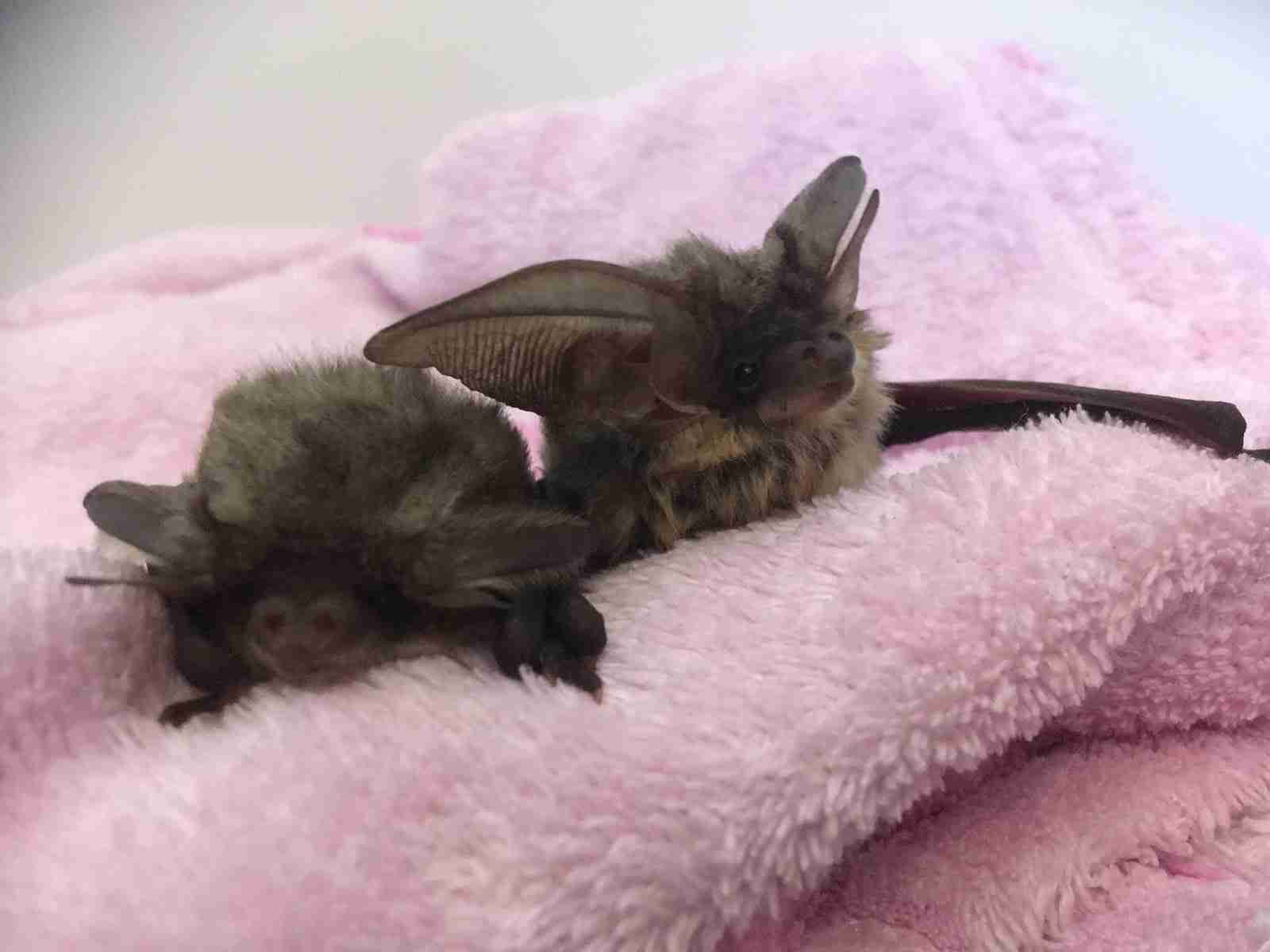 Love is in the air on Valentine’s Day for a rare grey long-eared bat which was rescued in October by Secret World Wildlife Rescue in East Huntspill.
The bat, named Gandalf by rescuers, is about to be released by the RSPCA with a new-found female companion, Merri. Gandalf and Merri were paired up together at RSPCA West Hatch Wildlife Centre in Taunton and they will both be released together in the spring.
After Gandalf was found grounded by a member of the public he was admitted to Secret World and taken to a vet in Williton, Somerset, where he was found to be underweight, dehydrated and unable to fly.
After a period of critical care and hand-feeding Gandalf recovered well and was taken to the RSPCA in Taunton for rehabilitation.
“I had a suspicion that he was a grey long-eared bat when he came in, but juvenile bats can be difficult to identify,” said Daniel Clifford Bryant, Animal Carer at Secret World Wildlife Rescue.
“Grey long-eared bats are one of the UK’s rarest species, with an estimated population of only 1,000 to 3,000. They are mainly found in the south of the country and are part of the National Roost Monitoring Program. This means we had to be very vigilant with this bat as it is very important that it is released in the same place it came from.
“We are thrilled to hear that Gandalf has been paired up with a female and that they can return home together. Working with other wildlife rescue centres is so important in being able to maintain our native wildlife populations.”
Merri was found grounded in Merriott, Somerset in August when she was just three weeks old. Since then she has been recovering in the care of the RSPCA in Taunton, building up her weight and flying strength ready to be released in the spring.
Her rescuers thought the tiny bat may have to fly solo back into the wild, so they were pleased to be able to pair Merri up with Gandalf.
“She had been living alongside brown long-eared-bats before Gandalf came along, but they seem to have really hit it off as they now cuddle up together on one side of the room,” said RSPCA bat expert India Long.
“We are going to set up a special bat box for them where they are going to be released in the hope they will roost there. It has to have an apex roof so they can fit in with their long ears!”
India added: “Grey long-eared bats are one of the rarest bats in England so to have two in the same area that can then be released together is incredible!”
Bat facts