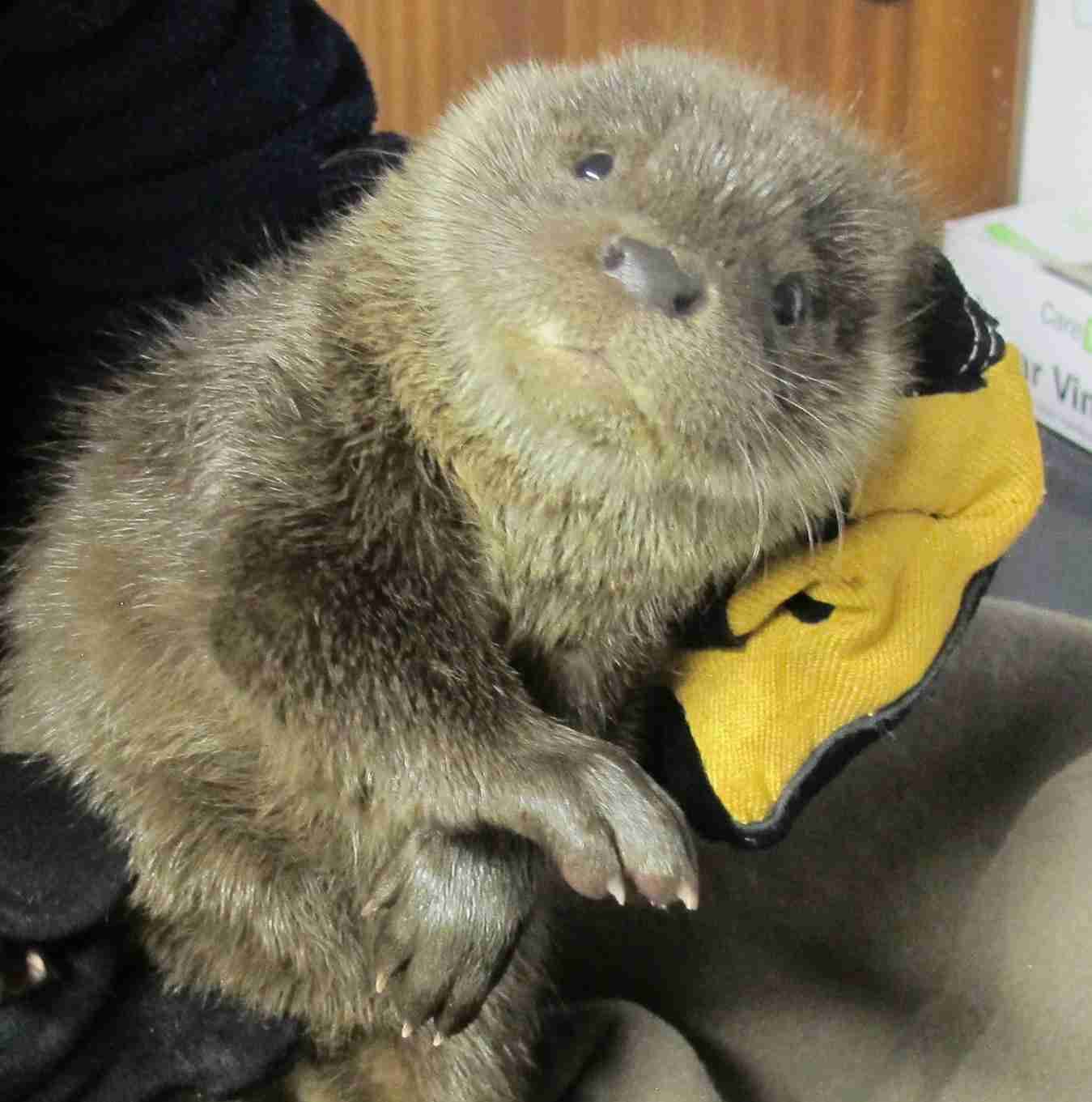 Rescued orphaned otter cub makes hearts melt at Secret World Wildlife Rescue
A tiny otter cub was rescued on Saturday (10th February) in Bridgwater, Somerset by Secret World Wildlife Rescue – the charity’s first otter cub of the year.
Hidden in reeds, the young cub had been calling for its mother since 5am, but its calls were becoming weaker.
Being only too aware of the bitterly cold weather and how long the cub had been calling, Laura Benfield, Head of Animal Care at Secret World, went with animal carer Sarah Tingvoll to assess the situation and rescue her if necessary. The cub was very feisty when she was rescued with nets but soon became very weak and tired after being left for so long.
Amore, as she has been named, has recovered well and is being cared for by Laura, building up the necessary trust for a young animal to feed and feel safe.
“She is so beautiful that it is easy to give her the love that she needs,” says Laura. “But we will need to find company for her soon because it is important, once she is weaned, that we stop all human contact.”
Otter cubs are among the most expensive orphans that Secret World Wildlife Rescue cares for. They need to be held until they are 12 to 18 months old before they are old enough to be independent of their mother as they would be in the wild.
A diet of trout, minced beef and dead chicks for these juveniles costs £240 a month with the added cost of fresh water for the pools on top.
If you would like to help raise Amore and see how she progresses through her rehabilitation, why not adopt an otter today? Visit www.secretworld.org/adoptions/. Over 5,000 wildlife casualties are rescued by Secret World every year.