Swan rescued after being hit by passing train 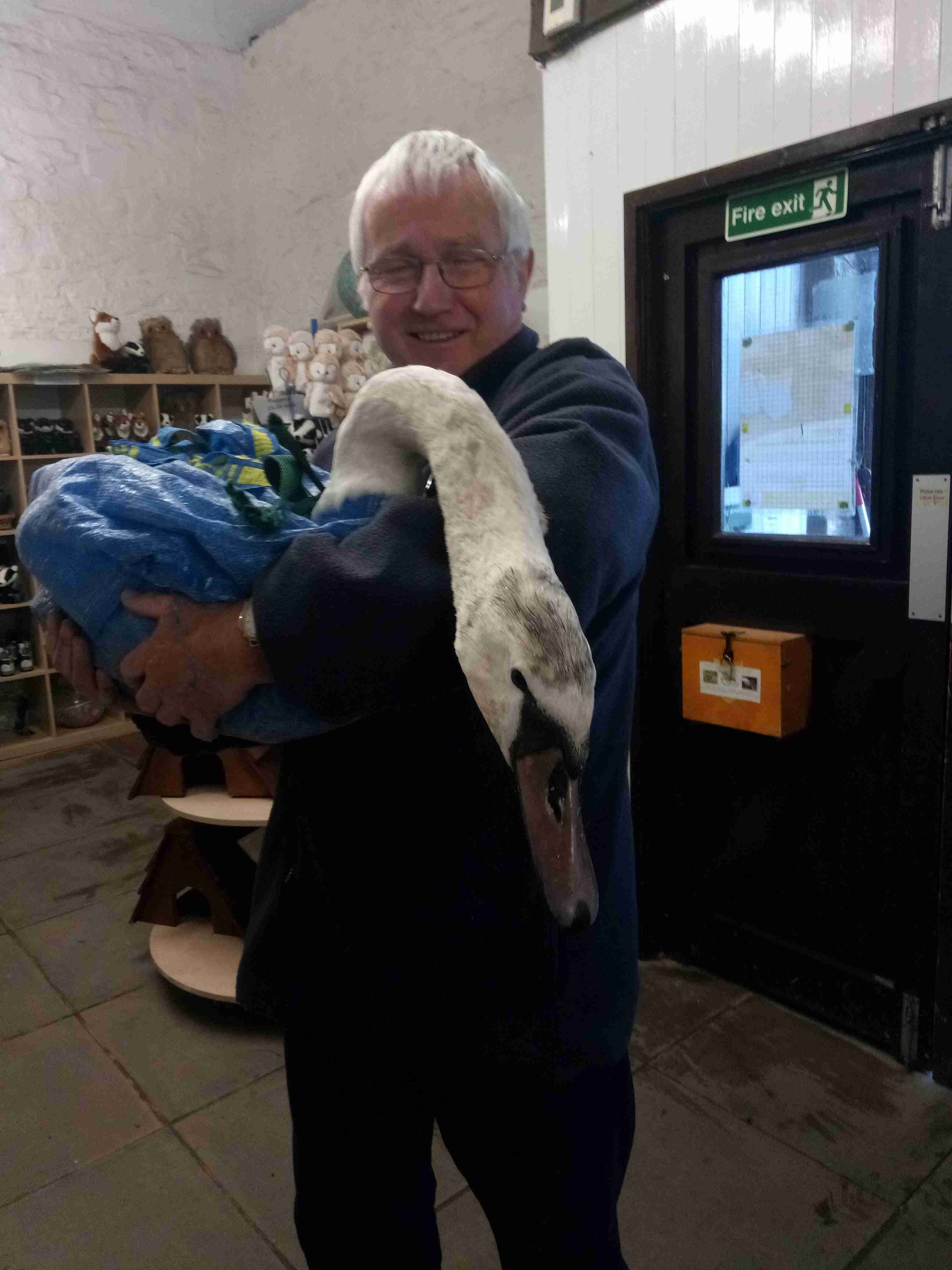 A young swan had a lucky escape after being hit by a train in Somerset.

Thomas was given a second chance for the New Year when he was rescued from the railway line between Taunton and Bridgwater. He was brought in to Secret World Wildlife Rescue in East Huntspill and is recovering well.

We received a call about a distressed swan on the railway tracks and volunteer response driver Graeme Thompson headed to the scene. He found the swan sitting beside the track on the grass verge. Graeme had to wait for a rail engineer to come from Bristol before he could get to the swan, however shortly after he arrived Thomas moved from the embankment into a nearby garden.

Working with the homeowner, Graeme managed to get into the garden and rescue Thomas. He was brought into our hospital in Highbridge where he was found to have a bruise to his carpal joint.  After treatment he is recovering well and will be released as soon as he is ready.

Laura Benfield, Head of Animal Care Services, said: “Thanks to Graeme this story has a happy ending and Thomas is doing well. He is resting at our centre and as soon as he is strong enough he will be released. Graeme has had training in rescuing swans so was well prepared to attend the emergency call. If any member of the public sees a swan in distress we urge them not to approach it, but to call us for advice.”

In 2017 Secret World treated 72 swans, all suffering from various injuries. These included Solo the cygnet who lost his entire family in an accident, and Serendipity who was found alone in the middle of a road.