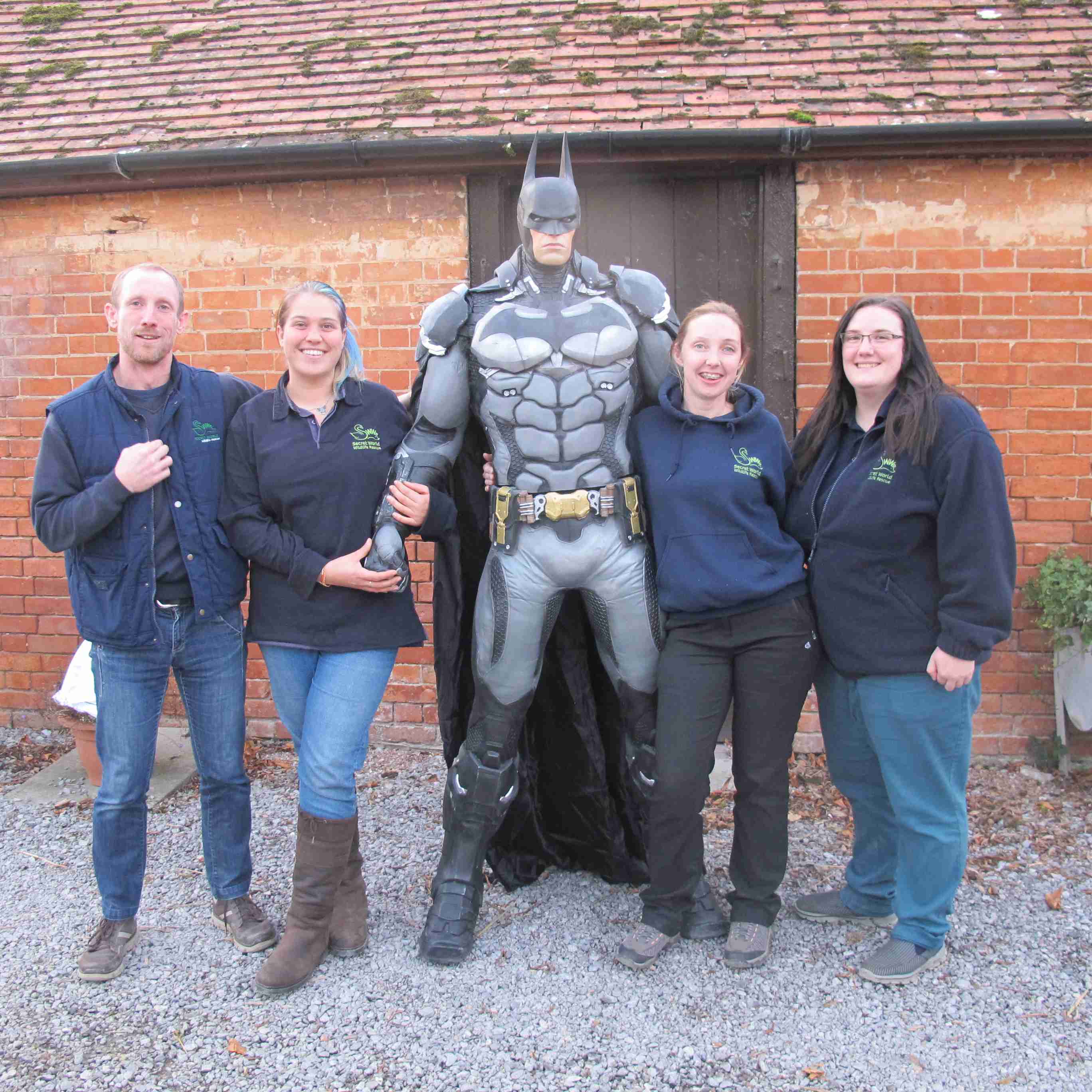 Secret World Wildlife Rescue will be putting a life-size replica of Batman (Arkham Knight) up for auction to raise funds for its bat rescue work.

When staff at the LOUD shop in Leicester heard that Secret World had recently rescued a very rare grey long-eared bat, they offered to donate a life-size replica of the famous comic figure to help the charity raise money for its work.

Antz White, e-Commerce Director at LOUD, said: “Batman coming to the rescue of bats was simply an opportunity too good to miss. Some members of staff are massive fans of bats and nocturnal mammals in general and were really keen for us to get involved.”

The Batman replica was manufactured by NECA in the US and is based on Batman: Arkham Knight, the final chapter in the acclaimed video game series.

Standing at a full 6′ 2″ tall, Batman was created directly from the digital files used in the making of the game. The figure is made of hand-painted foam rubber and latex and sports the Dark Knight’s swirling fabric cape as a finishing touch.

Antz said: “It is a collectible piece and should capture the imagination of both Batman fans and Secret World supporters alike. We’re really keen to find out how it will do at auction.”

The auction will be taking place on eBay from 19th to 26th of November 2017. The link to the auction page will be posted on Secret World’s social media pages and website on the morning of 19th November.

Samantha Hannay, Head of External Relations at Secret World, said: “Secret World rescues, rehabilitates and releases approximately 60 bats each year. Recently, it rescued a grey long-eared bat which is one of the UK’s rarest species with an estimated population of only 1,000 to 3,000.

“The money we raise from this auction will help us provide vital funds for our bat rehabilitation work.”